As a former CEO of a start-up, Democratic presidential candidate Andrew Yang said big technology conglomerates like Facebook, Google and Amazon would be “well served” if broken up into smaller companies as some of his Democratic opponents have proposed.

“I think in many cases they are too big,” Yang told ABC News’ Senior Congressional Correspondent Mary Bruce and Political Director Rick Klein on the Powerhouse Politics podcast on Wednesday. “We would be well served by having them break themselves up into different parts of their businesses.”

Yang’s opponent, Sen. Elizabeth Warren, D-Mass., was one of the first to call for breaking up big tech companies to create a more balanced market for consumers. The topic became a campaign issue after Facebook’s co-founder Chris Hughes wrote that he agreed with Warren.

Since then, Democratic candidates have been on both sides of the aisle when it comes to breaking up big tech. Sen. Cory Booker, D-N.J., argued that stronger antitrust laws needed to be enforced rather than having the federal government deciding which companies to dismantle. Meanwhile, Sen. Kamala Harris, who represents California and — more importantly Silicon Valley — stopped short of calling for anti-monopoly action by the federal government. 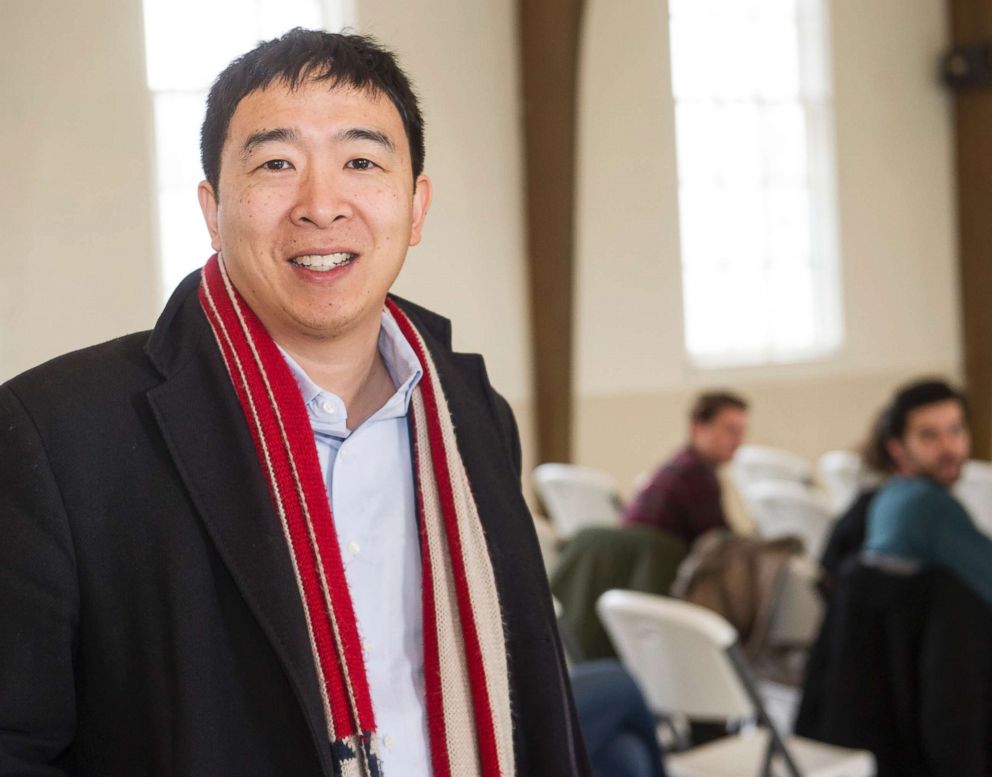 But beyond the debate over big tech’s monopoly status, Yang said his biggest concern with large technology conglomerates are the negative effects on young Americans’ mental health and the effects of depression and dependency on social media websites. He said breaking them up wouldn’t solve that problem.

“It’s more nuanced than just breaking them up,” Yang said. “It doesn’t actually solve many of the problems.”

However, Yang’s comments on breaking up big tech could prove to be thorn in his signature campaign policy known as the “Freedom Dividend,” or universal basic income. Yang’s proposal would give every American 18 to 64 years old $1000 a month, or $12,000 over the course of a year, funded — in part — by implementing more taxes on big tech companies like Amazon, Google and Facebook.

Some additional proposals featured on Yang’s campaign website include his support of lowering the legal voting age to 16, providing free marriage counseling to all and providing every single police officer across the country with a body camera. Yang said his proposals are a reflection of the times.

The 44-year-old New York native and son of Taiwanese immigrants, launched his campaign for president earlier this year in February. He founded Venture for America, a non-profit aimed at training college graduates to work in startups in cities like Baltimore, Detroit, Pittsburgh and Cleveland. Yang’s experience in technology comes from being CEO of a test-prep start up that was later sold. 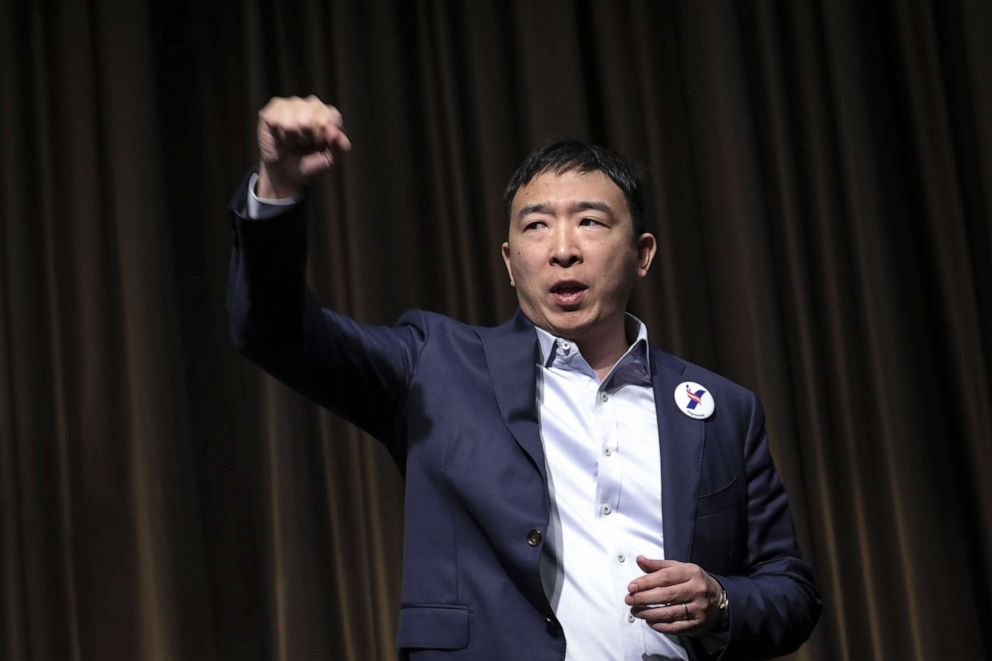 Considered a long-shot candidate early in the race, interest in Yang in recent months has steadily risen. The entrepreneur recently qualified for the first Democratic debate in June, after he reached the donor and polling thresholds.

However, his campaign is receiving support from a problematic group: white supremacists. White nationalist Richard Spencer has tweeted in recent months his support of Yang’s candidacy. Yang said he doesn’t want his support.

“I’ve completely disavowed any support from anyone who has any sort of hateful or racist ideology, I stand for the opposite of that I’m the son of immigrants, myself,” Yang said. “You can’t control necessarily all the people that decide that your candidacy is worth supporting, but I do not want their support.”

On competing against big names such as former Vice President Joe Biden, Yang said he might just be what Americans are looking for in contrast to some of his other more well-known opponents.

“I think it’s up to the American people who they want to support and certainly someone serving in the public sector for a number of years is very important to some people,” Yang said. “But I’d suggest for the other people, they’re looking up and saying the government is a decade behind the curve when it comes to various challenges, technology in particular.”

Yang spoke of some of those technological challenges while addressing a crowd of thousands of supporters Tuesday under pouring rain in New York City’s Washington Square Park. On his growing popularity, Yang said they are channeling some of the same frustrations voters identified when voting for President Donald Trump in 2016.