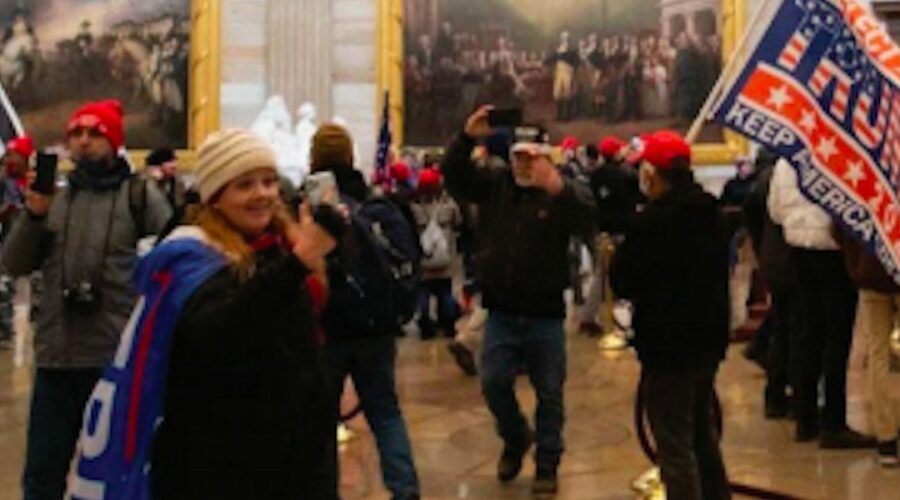 One of the rioters who stormed the US Capitol during the January insurrection asked a federal court to let her leave the US for a vacation she booked in Mexico.

Jenny Cudd’s lawyers asked the US District Court for the District of Columbia on Monday to approve Cudd’s request to travel outside of the country.

The motion, seen by Insider, says Cudd “planned and prepaid for a weekend retreat with her employees for the dates of February 18 through February 21, 2021, in Riviera Maya, Mexico.”

“This is a work-related bonding retreat for employees and their spouses.”

Cudd is charged with unlawfully entering a restricted building, as well as disorderly conduct.

She owns a flower shop in Midland, Texas, The Daily Beast reported. She previously ran to be mayor of the town, per The New York Times.

She was charged in January, after the FBI said that video footage showed her inside the Capitol. The FBI, citing security footage, said that Cudd walked around parts of the building and took photos inside.

To make her case, the motion filed by her lawyers noted that Cudd was on pretrial release and noted that she has no criminal history.

It described her as “a small business owner in Midland, Texas and an established member of her community.”

It also said that she had followed all orders from the court so far, and that her pretrial services officer and the counsel for the government did not offer any objections to her request to travel.