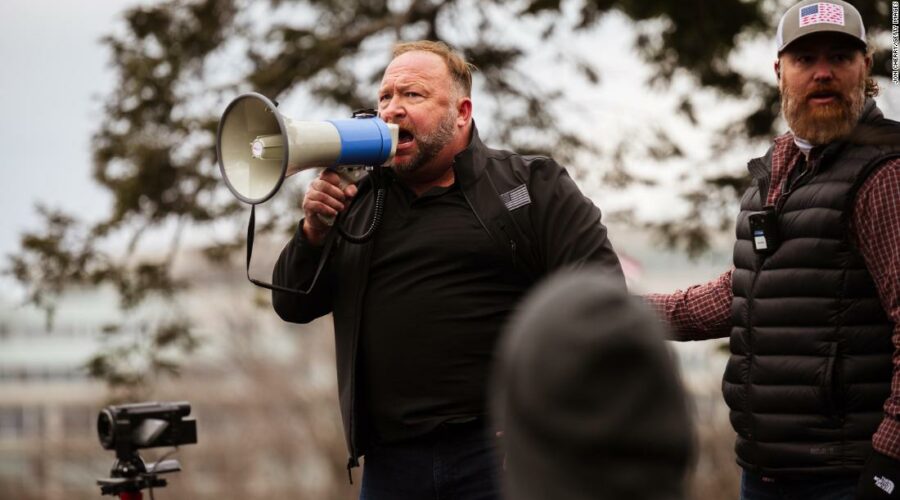 New York (CNN)Three companies tied to the far-right conspiracy theorist Alex Jones, including the fringe media organization Infowars, are moving to exit bankruptcy, according to a Wednesday court document.

In a widely decried move, Infowars, Prison Planet, and Infowars Health sought bankruptcy protection after Jones was found legally responsible for damages in three defamation lawsuits related to false claims he made about the 2012 Sandy Hook mass shooting.
The move temporarily paused civil litigation against the companies from the Sandy Hook families.

As an apparent result of the families dropping the cases against the business entities, the three companies informed the court that they no longer wish to continue with the bankruptcy.

“The stipulation proves what we’ve said from the beginning: this bankruptcy was a sham attempt by Alex Jones to pit families against one another and avoid his reckoning with a jury,” Christopher Mattei, an attorney representing Sandy Hook families suing Jones in Connecticut, said in a statement.

“It didn’t work,” Mattei added. “We look forward to trial.”

Jones baselessly said in the aftermath of the shooting, in which 26 people were killed, that the incident was staged. Facing lawsuits, Jones has since acknowledged the shooting occurred. He said in a 2019 sworn deposition that a “form of psychosis” caused him at the time to believe it was staged.
Source: Read Full Article