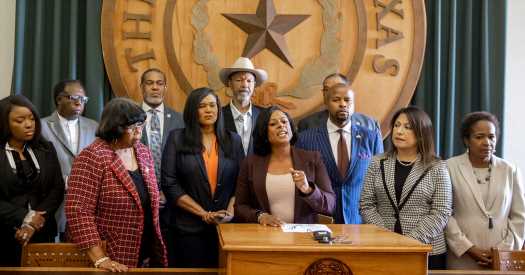 AUSTIN — The battle among Texas lawmakers over a bill that would impose some of the strictest limits in the nation on voting access escalated Monday as Democrats and Republicans vowed that they would not back down over a highly charged issue that has galvanized both parties.

Stung by the last-minute setback for one of the G.O.P.’s top legislative priorities, after Democrats killed the measure with a dramatic walkout Sunday night, Gov. Greg Abbott suggested he would withhold pay from lawmakers because of their failure to pass the bill.

“No pay for those who abandon their responsibilities,” Mr. Abbott, a Republican who strongly supported the bill, wrote on Twitter as he pledged to veto the section of the budget that funds the legislative branch.

G.O.P. leaders said they would revive their efforts in a special session of the legislature. The bill’s chief architect in the State House of Representatives, Briscoe Cain, said the walkout may enable Republicans to craft a measure even more to their liking.

“At the end of the day, this turned out to be a good thing,” said Mr. Cain, who chairs the House Elections Committee. “We’ll come back with better legislation and more time for it. Special sessions are focused.”

Democrats were resolute in their opposition, promising to redouble their efforts to keep a new bill from becoming law.

“This is Texas, this is the Alamo,” Representative John H. Bucy III said at an afternoon news conference Monday. “We will do everything we can to stop voter suppression.’’

Despite the Democrats’ success Sunday night, Republicans control both chambers of the legislature, and would be favored to pass a voting bill in a special session. Mr. Abbott has not said when he would reconvene the legislature; he can do so as early as Tuesday, but may wait until late summer when he had planned to recall lawmakers anyway to manage redistricting.

No matter when they take up the bill again, they will have to introduce it from scratch and restart a process that could take weeks — though they could start with the provisions in the bill that died Sunday night or even propose one with more severe restrictions.

Matt Krause, a conservative Republican from Fort Worth, described himself as “disappointed and frustrated” by the walkout. But he said he believed the bill will ultimately pass, if not in the next special session, then in another after that. “It’s going to be heavily debated and contested,” he said. “But at the end of the day, during a special session, I think we’ll get it done.”

He and other Republicans expressed irritation that the walkout had killed not just the voting bill but several others that were important to the caucus, including bail reform.

The failure to pass the bill was a striking blow to Republicans and one of the few setbacks they have suffered nationally in a monthslong push to restrict voting in states they control. G.O.P.-controlled legislatures, aligning themselves with former President Donald J. Trump’s baseless fraud claims, have passed new laws in Georgia, Florida and Iowa with expansive restrictions.

The Texas bill was viewed by many Democrats and voting rights groups as perhaps the harshest of all; among other provisions, it would have banned both drive-through voting and 24-hour voting; imposed new restrictions on absentee voting; granted broad new autonomy and authority to partisan poll watchers; and increased punishments for mistakes or offenses by election officials.

President Biden denounced the bill over the weekend, calling it “an assault on democracy,” and urged lawmakers to pass two Democratic voting bills that have been stalled in Congress.

Republicans in Texas and in other states that have passed new voting laws have defended them on the grounds that they will improve “election security,” even though the results of the last election have been confirmed by multiple audits, lawsuits and court decisions.

Democrats stymied the bill late Sunday night by secretly orchestrating a walkout in the House of Representatives that denied the chamber a quorum. As the midnight deadline approached for passing legislation, and with more than five dozen Democrats missing, Republican leaders in the House acknowledged they lacked the required number of lawmakers to conduct a legal vote, and adjourned the proceedings.

Despite the vows to revive the measure in a special session, Republicans were clearly taken aback by their failure. They accused Democrats of an abdication of governing by walking out — “it shuts down the business of the House’’ said Mr. Krause — but also engaged in some finger-pointing in their own caucus. Lt. Gov. Dan Patrick chided House Republicans for mismanaging the calendar as the deadline approached.

“You can’t take two days off with five days to go,” Mr. Patrick said after the walkout. “You put yourself in a box where you’re up against a deadline and I can’t even blame it on the other party for walking out.” 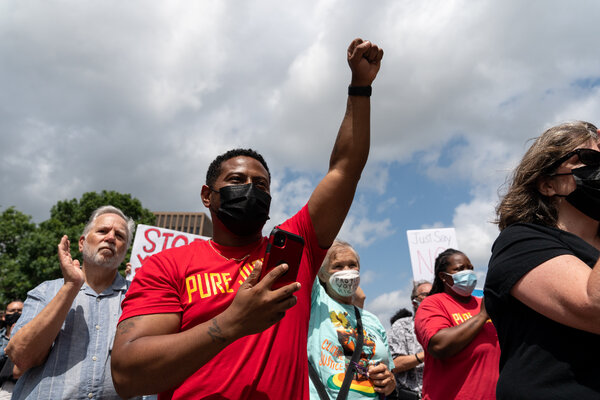 Shortly after the House adjourned Sunday evening, Democrats gathered at a predominately Black church two miles from the Capitol and depicted the walkout as a last resort once Republicans made clear to them they would cut off debate in order to pass the bill by midnight. “We had no choice but to take extraordinary measures to protect our constituents and their right to vote,” said Chris Turner, a state representative who is the party’s caucus chair in the House.

The selection of the church as the place to deliver their remarks was an intentional nod to provisions Democrats considered among the most egregious in the bill — those that targeted voters of color.

Civil rights groups said the failure of the bill was just the beginning of their fight against the Texas bill.

“The battle isn’t over — the A.C.L.U. of Texas is more committed than ever to holding Texas leaders accountable for their attempts to undermine democracy,” Sarah Labowitz, policy and advocacy director of the A.C.L.U. of Texas, said in a statement. “We remain vigilant against any attempt to bring back this racist bill in a special session.”

Gene Wu, a House member from Houston, joined other Democrats in ridiculing Mr. Abbott’s threat to vetoing funding for the legislature, writing on Twitter that it would punish “working class office staff, maintenance, and other support services because he didn’t get every single one of his demands.”

Discussions about a potential walkout began as early as April, Democrats said, and gained traction as the May 30 deadline for passing bills approached.

Seeing the voting bill as likely to be one of the final battles, and one rooted in a long history of voter suppression tactics in Texas, Democratic leadership began to explore all options that could halt its march.

The discussions about walking out, according to Trey Martinez Fischer, a Democratic representative, were organized on a personal level, similar to whipping a vote.

“Erasing a quorum, you just don’t just say it and it happens,” Mr. Martinez Fischer said in an interview early Monday morning, after the House had adjourned. “It takes a lot of conversations, lots of meetings, lots of discussions.”

Through most of May, the House caucus remained split on the idea of walking out, according to multiple people familiar with the discussions among Democrats.

But in the final weeks, Republicans angered Democrats by working behind closed doors to finalize the bill in what is known as a conference committee, leaving Democrats who were also on the committee in the dark and denying them input into the final legislation. That led to a change of attitudes in the Democratic caucus. Representative Terry Canales publicly excoriated Republicans when the bill was released.

“The House Democrat Conferees have NOT even seen a Legislative Counsel Draft!” Mr. Canales said on Twitter. “This is egregious!”

The bill contained some new provisions that particularly enraged Democrats, including one limiting early voting on Sunday to the hours of 1 p.m. to 9 p.m., effectively limiting the traditional “Souls to the Polls” tradition in the Black church.

Lawmakers in the party’s Black Caucus and Hispanic Caucus held a meeting, known as the “Black and Brown Summit” Sunday afternoon, according to an invitation to the meeting obtained by The New York Times. The hosts wanted to discuss “legislation that disproportionately impacts Black and brown communities.”

“As the behavior became a little bit more nefarious, we realized that we needed to start expanding our options,” Mr. Martinez Fischer said. “So I would say the discussions about breaking quorum only intensified within the last 48 hours.”

With a late night debate scheduled for the voting bill, Democrats still clung to a hope that they would be able to run out the clock with lengthy debate. More than 30 Democrats in the House were prepared to speak against the bill, which would make passage by a midnight deadline difficult.

But when House Republicans moved to limit debate, Democrats saw walking out as their only option. Responding to a text message from Mr. Turner, all but five of 67 had left the House chamber when Republicans tried to move the bill toward passage.

Some Republicans said they weren’t completely surprised by the action.

Two previous efforts to break legislative quorums in the Texas legislature were rich in political theatrics and generated national headlines. In 1979, when state politics was still dominated by Democrats, 11 Democratic state senators dubbed “the Killer Bees” — purportedly because of their unpredictability — hid out for days in an Austin apartment to block passage of a bill that would have created a dual primary system, including a presidential primary and a traditional down-ballot primary.

In 2003, the year that Republicans seized control of the House of Representatives, more than 50 Democratic House members nicknamed the “Killer D’s” fled to Ardmore, Okla., to protest a Republican redistricting plan.

01/06/2021 Politics Comments Off on After Dramatic Walkout, a New Fight Looms Over Voting Rights in Texas
Markets