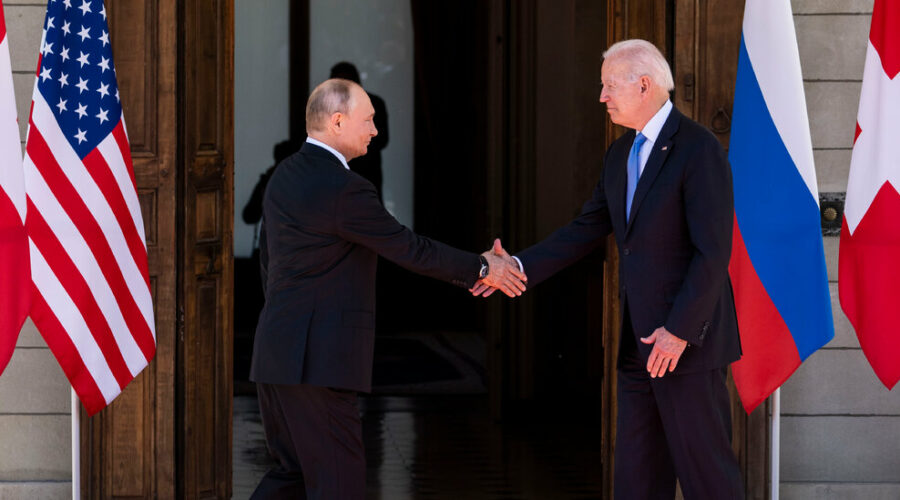 The statement is a first challenge to Mr. Putin since the Geneva summit, where Mr. Biden demanded that he rein in the constant cyberattacks directed at American targets. 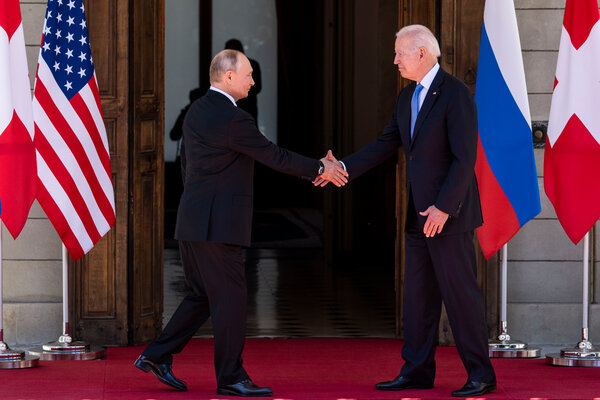 WASHINGTON — Two weeks after President Biden met President Vladimir V. Putin of Russia and demanded that he rein in the constant cyberattacks directed at American targets, American and British intelligence agencies on Thursday exposed the details of what they called a global effort by Russia’s military intelligence organization to break into government organizations, defense contractors, universities and media companies.

The operation, described as crude but broad, is “almost certainly ongoing,” the National Security Agency and its British counterpart, known as GCHQ, said in a statement. They identified the Russian intelligence agency, or G.R.U., as the same group that hacked into the Democratic National Committee and released emails in an effort to influence the 2016 presidential election in favor of Donald J. Trump.

Thursday’s revelation is an attempt to expose Russian hacking techniques, rather than any specific new attacks, and it includes pages of technical detail to enable potential targets to identify that a breach is underway. Many of the actions by the G.R.U. — including an effort to get into data stored in Microsoft’s Azure cloud services — have already been documented by private cybersecurity firms.

But the political significance of the statement is larger: It is a first challenge to Mr. Putin since the summit in Geneva, where Mr. Biden handed him a list of 16 areas of “critical infrastructure” in the United States and said that it would not tolerate continued Russian cyberattacks.

“We’ll find out whether we have a cybersecurity arrangement that begins to bring some order,” Mr. Biden said at the end of that meeting, only minutes after Mr. Putin declared that the United States, not Russia, was the largest source of cyberattacks around the world.