Afghanistan adding ‘another level of uncertainty’ to markets: Michael Lee

Michael Lee Strategy founder Michael Lee discusses the impact Afghanistan’s chaos is having on the markets.

The Pentagon effort to use U.S. airlines to ease crowded conditions at overseas military bases is creating a new bottleneck at Dulles International Airport, where planes carrying Afghan refugees are stacking up on the tarmac as officials take up to 10 hours to process passengers before they can depart.

On Thursday morning, a line of seven aircraft was waiting—with more to come, an industry official said. That is forcing refugees who boarded with few possessions, some without shoes, to sit for hours before seeing an end to their escape from Afghanistan.

An official with the Department of Homeland Security confirmed the delays were due to a backup in vetting Afghans, many of them holding special visas for their work with the U.S. military, before they are allowed to enter the U.S.

"Over the last several days, we have worked with urgency and with care to enhance screening and vetting operations such that we make these operations more efficient without compromising national security," the official said. 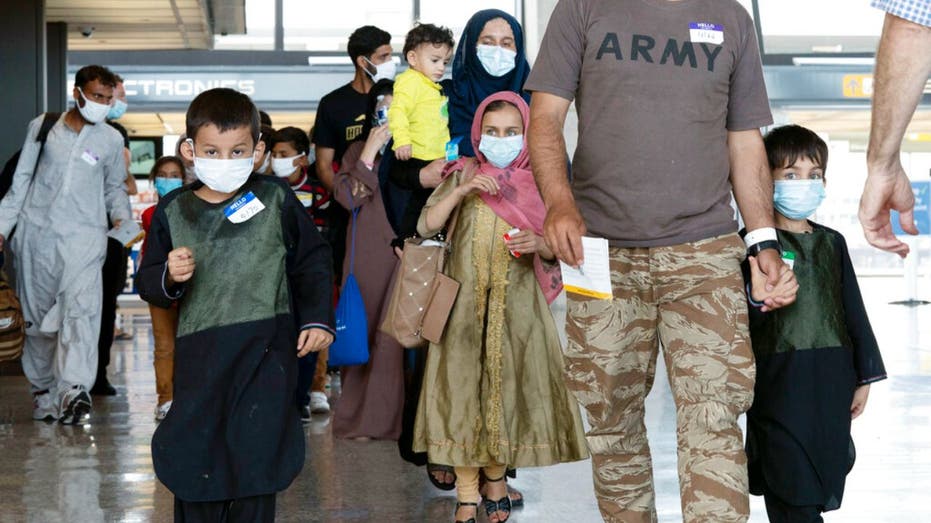 Families evacuated from Kabul, Afghanistan, walk through the terminal before boarding a bus after they arrived at Washington Dulles International Airport, in Chantilly, Va., on Thursday, Aug. 26, 2021. (AP Photo/Jose Luis Magana / AP Newsroom)

HOW ARE MARKETS REACTING TO AFGHANISTAN CHAOS?

Early signs of a bottleneck were evident on Friday when a jet carrying hundreds of Afghan evacuees sat on the tarmac for nine hours before the passengers were allowed to get off the plane, said a U.S. official. The plane landed midafternoon but evacuees weren’t tested for Covid-19 and they weren’t seen by groups supporting their arrival until late evening, the official said.

Flights operated by U.S. domestic airlines began arriving Monday, and waiting times quickly began to mount. On Wednesday, six or seven planes waited hours at Dulles, an airport in the suburbs of Washington, D.C., for passengers to be cleared to disembark and enter the U.S., according to airline and government officials. Some flights have waited 10 to 12 hours, industry and government officials have said—in some cases sitting on the ground longer than the flights themselves.

While waiting for U.S. Customs and Border Protection to allow passengers off, airlines have been passing in supplies like water and food, formula, wipes, diapers and socks and slippers for evacuees who boarded without shoes. Airlines have also been able to refuel to be able to continue running auxiliary power units so air conditioning can remain on.

Airlines have been asking government officials for space in the airport where passengers can wait to be cleared, or whether there is another airport where they can land to ease congestion at Dulles, industry officials said. 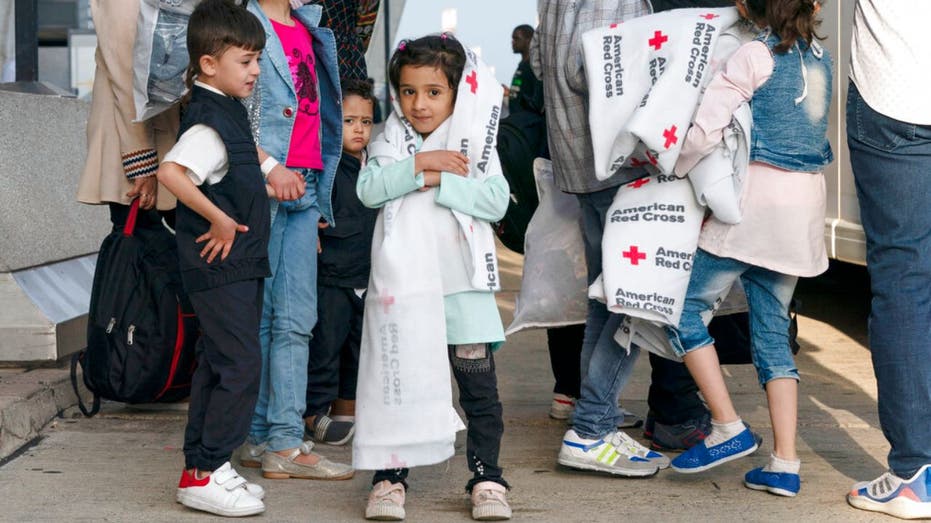 Families evacuated from Kabul, Afghanistan, wait to board a bus after they arrived at Washington Dulles International Airport, in Chantilly, Va., on Thursday, Aug. 26, 2021. (AP Photo/Jose Luis Magana / AP Newsroom)

AMERICANS LIKELY TO BE LEFT BEHIND IN AFGHANISTAN AFTER KABUL BOMBINGS: SOURCE

Officials said Thursday they had identified Philadelphia International Airport as another location to process refugees to ease the pressure at Dulles, and said it could be operational this weekend. Like Dulles, immigration officials in Philadelphia will sort out which passengers have valid visas and which of them may require humanitarian parole, a form of temporary immigration permission to enter the country.

Once passengers depart the plane, they are taken to the Dulles Expo Center, an exhibition facility near Washington where they are provided food, water, clean toilets, places for people to sleep, and charging stations for their phones. Most of the passengers will be moved to military bases, where background checks and processing of visa applications can continue. Those who are American citizens or have completed their visa background checks will be allowed to enter the country.

Hamid Wahidi, 39, waited for his brother in the parking lot outside the Dulles Expo Center for hours Thursday morning.

Mr. Wahidi’s brother had worked as a contractor for a U.S. company in Afghanistan, and had tried to get a visa for more than seven years, Mr. Wahidi said. He finally got a visa last month—but the earliest flight he could get was later in August, Mr. Wahidi said. By then the Taliban had taken over Kabul. 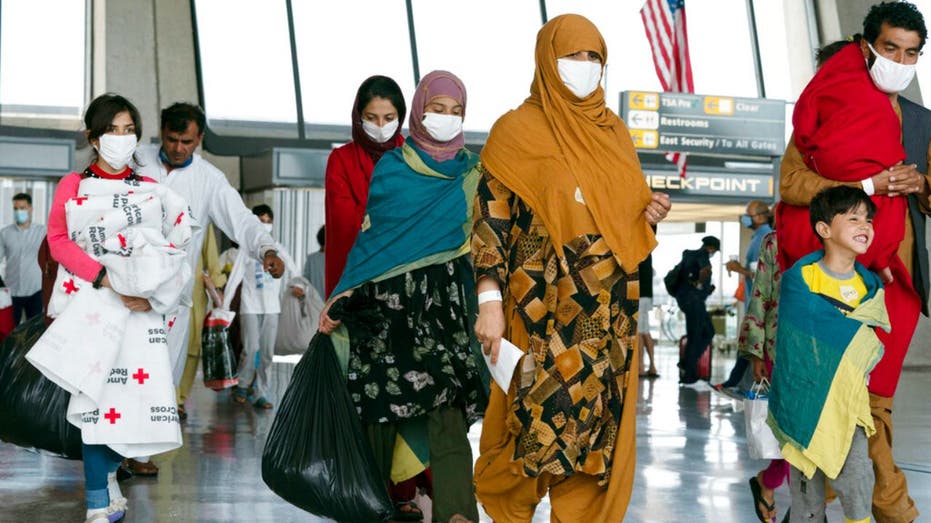 Families evacuated from Kabul, Afghanistan, walk through the terminal before boarding a bus after they arrived at Washington Dulles International Airport, in Chantilly, Va., on Thursday, Aug. 26, 2021. (AP Photo/Jose Luis Magana / AP Newsroom)

His brother was beaten trying to get to the Kabul international airport, injuring his eye. Ultimately, his brother, his brother’s wife and their five children, ranging from seven to 24 years old, got on an evacuation plane in Kabul and landed at Dulles on Wednesday, but weren’t allowed off the aircraft until Thursday morning.

"I’m very happy for them to make it safely out of there," said Mr. Wahidi, who himself was a translator for Americans before moving to the U.S. "Of course, it’s going to be another struggle for them getting settled here, but at least they are in a safe place."

Just after 12:30 p.m, Mr. Wahidi was reunited with his relatives in the parking lot of the Dulles Expo Center, greeting them with hugs.

Gordon Lubold contributed to this article.