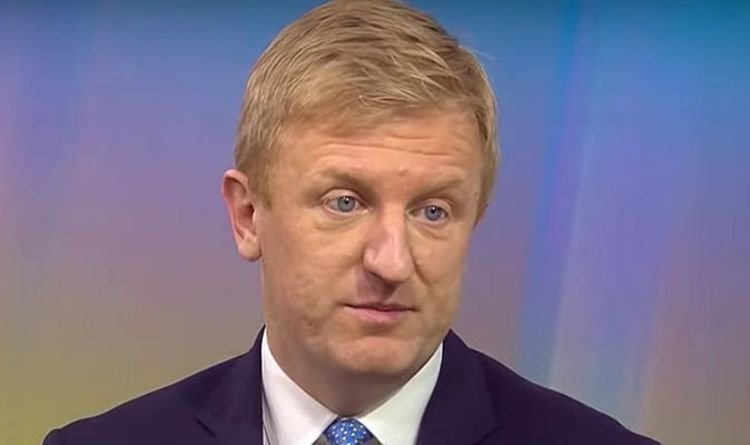 The Conservative Party chairman was put on the spot after his party’s candidate in the North Shropshire by-election lost to the Liberal Democrats despite his predecessor having a 23,000-vote majority. Oliver Dowden was forced to admit local voters “wanted to send us a message” but tried to downplay suggestions the results were humiliating for the Tories. Sky News host Samantha Washington said: “Let’s talk about last night, if we may. And absolute drubbing. What went wrong?”

Mr Dowden said: “Well, voters in North Shropshire were fed up and they gave us a kicking.

“They wanted to send us a message. I want to say as chair of the Conservative party, we’ve heard that loud and clear.

“We need to get on with delivering the job, and that’s precisely what we’re doing, for example, with the booster programme to deal with the Omicron variant.

‘We’ve administered over 700,000 vaccines just yesterday. I would just say these are unique circumstances, and in a by-election like this, you would expect the Labour Party, the opposition party, to be surging.

“They were a strong second and, in fact, they were sinking.”

Ms Washington asked: “But it wasn’t normal by-election dynamics, was it?

“You talk about special circumstances but, really, you’ve gifted this to the Lib Dems. You say they sent you a message, the voters, there – what is the message you’re receiving? And is it an endorsement, you think, of your leader?”

The Tory chairman said: “Voters are clearly fed up.

“And they want us to get on with the job and focus on the job.”

He continued: “Our job as a Government, particularly at a time like crisis like this, is to make sure we’re focussed on the core priorities.

“Number one is get on with delivering the booster programme, that’s the way we stay open and maintain normal life during this very difficult period.

“The Prime Minister put turbo-boosters under that, we’ve had nearly 700,000 boosters administered.

“Equally, on the economy, we’ve had the lowest unemployment since the start of the crisis. That’s where our focus must be.”

17/12/2021 Politics Comments Off on ‘Absolute drubbing!’ Oliver Dowden admits ‘fed up voters’ have given Tories ‘a kicking’
Markets