When will airfares go through the roof?

A Hawaii Democrat who has been absent from Congress for months has a special arrangement with Hawaiian Airlines to continue to earn a living as a pilot, while helping the airline's priorities in Washington, according to a new report.

Rep. Kai Kahele, D-Hawaii, benefited from a new leave policy for Hawaiian Airlines pilots crafted after Kahele's election to Congress in November 2020 that would allow him to maintain flight status and seniority with the company while he represented Hawaii’s 2nd Congressional District in Washington, according to the Honolulu Civil Beat.

The arrangement, approved by the airline and Air Line Pilots Association (ALPA), applied to elected officials and appointees in government "directly connected with aviation."

Kahele sits on the aviation panel of the House Transportation and Infrastructure Committee, the committee that oversees the airline industry. Hawaiian Airlines lobbies Congress, and Kahele is directly involved in considering legislation that his employer is looking to influence, Punchbowl News pointed out.

HAWAII DEMOCRAT HASN'T BEEN TO DC IN MONTHS, STILL WORKING AS AIRLINE PILOT 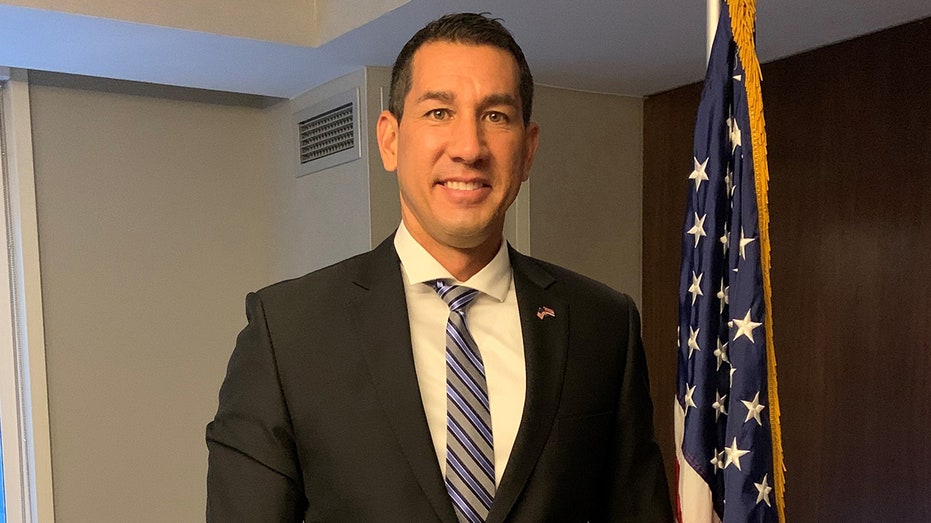 Hawaiian Airlines lobbied Congress on at least six bills for which Kahele was a co-sponsor, including the Fair and Open Skies Act, which aimed to address labor concerns and curb competition from foreign air carriers, the Civil Beat reported.

"Rep. Kahele's actions raise alarming ethics and conflict-of-interest concerns," a senior Republican aide told Fox News Digital. "He was considering, drafting and amending legislation that would have a direct impact on his employer and ultimately his paycheck. And it is unclear whether he was also receiving special accommodations by his employer to arrange for his flight schedule, which could be considered something of value in violation of the gift rule." 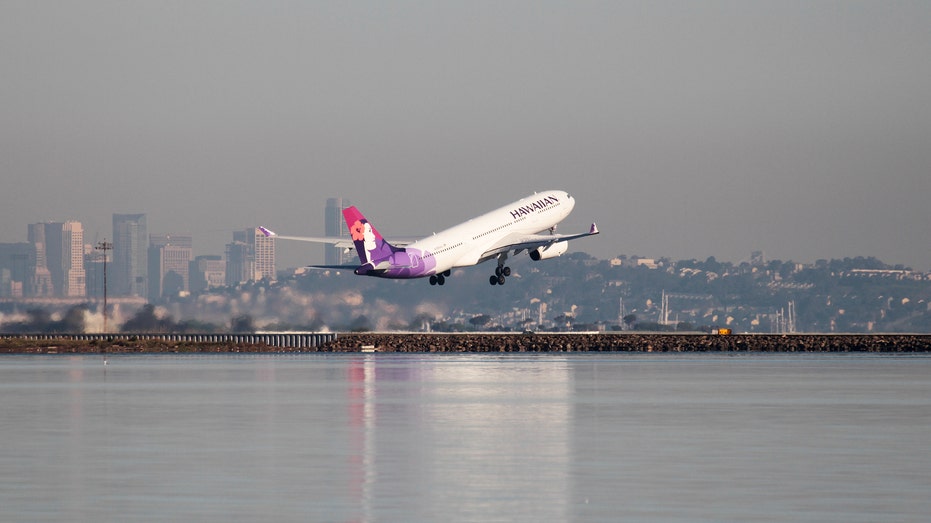 The issues of Kahele's double employment have come to light as the freshman lawmaker has rarely shown up to work in Washington this year, only casting five votes in person over the course of three days in January, according to an analysis from the Honolulu Civil Beat.

The rest of his 120 votes were cast by proxy, which means a colleague voted on his behalf while he remained in Hawaii.

KAI KAHELE, COMBAT VETERAN, SAYS TRUMP SUPPORTERS ARE 'A FORCE TO BE RECKONED WITH'

House Speaker Nancy Pelosi, D-Calif., has permitted proxy voting since the start of the pandemic, whereas in-person voting is still required in the Senate. Kahele's office has defended his proxy voting as necessary because he's "deeply concerned" for the health of his family and sought to "limit his exposure" to COVID-19 by cutting "cross-country travel." 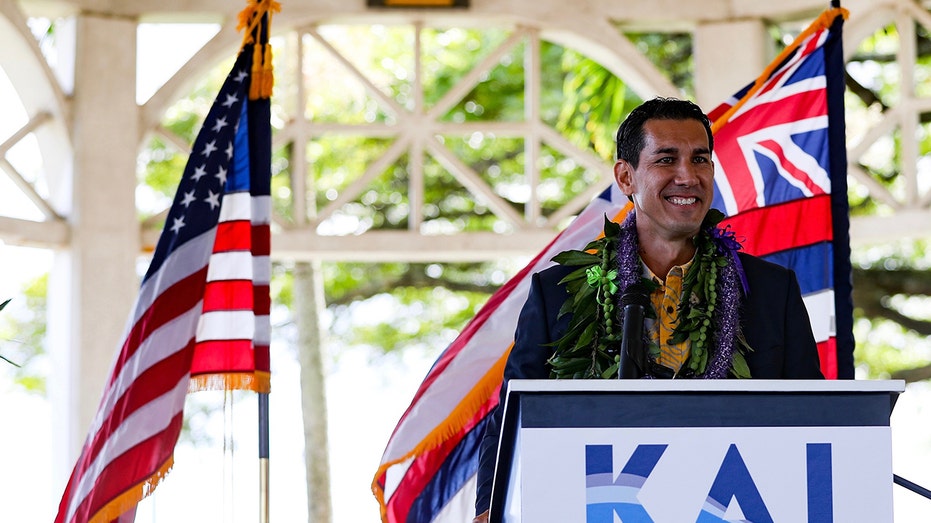 Kris Tanahara, managing director of corporate communications for Hawaiian Airlines, defended the agreement to the Civil Beat, saying the company "worked to understand the laws relating to Congressman Kahele’s interest in maintaining his currency as a pilot while adhering to his compliance obligations as an elected official."

"The agreement that is currently in place covers all pilots, allowing them to meet their civic duties and employment responsibilities in accordance with established ethics rules," Tanahara said.

Neither Kahele nor his spokesperson responded to Fox News' request for comment Friday. A spokesperson for Pelosi did not immediately respond on whether she was aware of Kahele's double employment and backing legislation from his employer.

Kahele's office previously defended his work at Hawaiian Airlines as being permitted by House ethics rules and argued his flight experience brings a positive perspective to Congress. 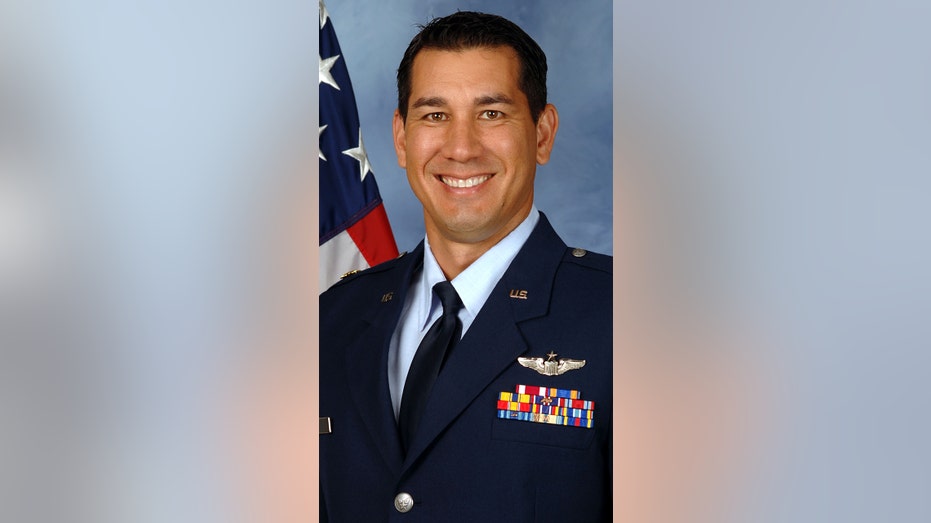 Rep Kai Kahele, D-Hawaii, is a pilot in the military as well as for Hawaiian Airlines. “I’ve always had the ability to bring people together,” Kahele said. “In times of crisis, I function at my most optimum in a high-stress situation.” (Courtesy of Kai Kahele for Congress / Fox News)

"The Congressman brings a unique perspective to the Transportation and Infrastructure Committee as a current and qualified U.S. commercial air transport pilot and strengthens the voices of all pilots, cabin crews and air cargo operators at home in Hawaii and throughout the United States," Kahele's office told Fox News Digital Tuesday.

As for the pilot income, Kahele's office said he flies for Hawaiian Airlines only on occasion to maintain his pilot certification and within the limits of House ethics rules, which capped annual outside income at $29,895 in 2022.

"The Congressman’s outside employment is in accordance with rules set by the U.S. House Committee on Ethics," the congressman's office said.

The Air Line Pilots Association (ALPA) declined to comment specifically about the agreement that allowed Kahele to work part-time while serving in Congress but issued a statement praising the congressman for bringing "practical, real-world experience" to Washington.

"Rep. Kahele is a strong advocate for aviation safety, frontline workers and those who helped us through the pandemic," the ALPA said in a statement to Fox News Digital. "His practical, real-world experience as a commercial and military aviator provide him with subject matter expertise that is extremely beneficial in Congress and to the American public.

"We salute him for his service to our nation and his commitment to staying grounded in the real world while serving in Congress."