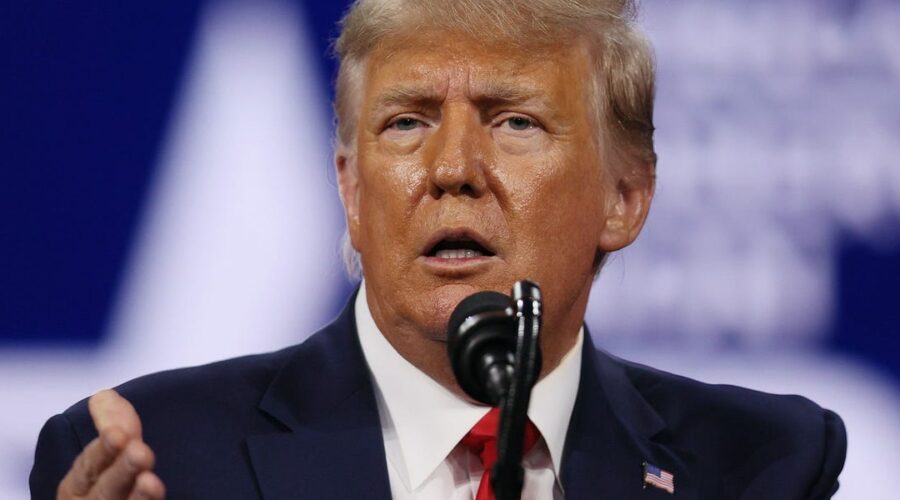 The grand jury will meet three days a week for six months and consider evidence not just in the Trump investigation but also in other matters, according to The Post.

The Manhattan District Attorney’s Office is conducting a wide-ranging inquiry into the Trump Organization’s and former President Donald Trump’s finances, court records show. One major point of examination is whether the Trump Organization broke state tax laws by keeping two sets of books — one for favorable tax and loan rates, and the other to pay little in taxes.

Earlier this year, Vance’s office scored a major victory when the Supreme Court cleared the way for it to obtain eight years of Trump’s closely held tax returns. Legal experts also said in March that Vance would likely want to make charging decisions before his retirement at the end of the year.

Previous court filings suggested the investigation was sparked by testimony from Trump’s former personal lawyer Michael Cohen that the Trump Organization facilitated a hush-money payment to the adult-film actress Stormy Daniels during the 2016 US election — which could also be a violation of state tax laws. Prosecutors are also scrutinizing senior Trump Organization executives like Allen Weisselberg, the company’s longtime chief financial officer.

Earlier this month, Politico reported that officials in Florida, where Trump resides, were putting together “contingency plans” in the event that he faced a criminal indictment from New York.

Vance’s investigation and a separate inquiry by the New York attorney general’s office both appear to be weighing on Trump’s mind. Last week, he released a 909-word statement skewering Vance and the state’s attorney general, Tish James, and accusing them of political persecution.

The statement came after a spokesperson from James’ office told CNN that her investigation, which started as a civil inquiry, had taken on a criminal component and that the attorney general was working with the Manhattan DA on the matter.

“After prosecutorial efforts the likes of which nobody has ever seen before, they failed to stop me in Washington, so they turned it over to New York to do their dirty work,” Trump said in his statement, adding: “If these prosecutors focused on real issues, crime would be obliterated, and New York would be great and free again!”

Cohen, meanwhile, said he believed the former president may ultimately be the one to flip on everyone around him.

“I think Donald Trump is going to flip on all of them, including his children,” he told MSNBC’s Joy Reid. “I really believe that Donald Trump cares for only himself, and he realizes that his goose is cooked.”