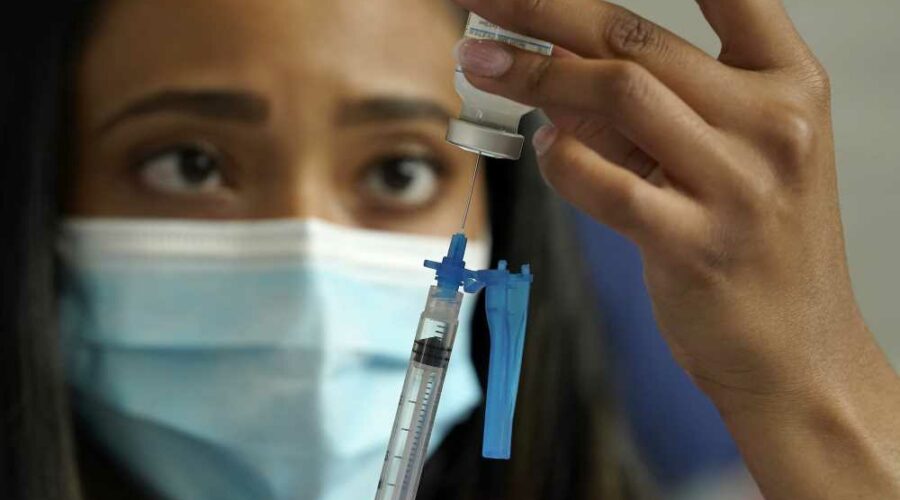 This week CDC Director Dr. Rochelle Walensky said adult deaths from Covid-19 are “at this point entirely preventable” due to the effectiveness of vaccines. And a new analysis from the AP confirms what Walensky said.

According to the analysis of government data from May, released on Thursday, out of the 18,000 Covid-19 deaths during the month, approximately 150 were fully vaccinated people. That comes out to 0.8 percent, or an average of five deaths per day out of more than 200 average daily deaths. At the height of the pandemic in January of this year, average daily deaths were above 3,400 per day. Additionally, fully vaccinated people accounted for fewer than 1,200 of more than 853,000 hospitalized with the virus (0.1 percent).

According to CDC data, around 63 percent of eligible Americans have gotten at least one dose of a vaccine. But completing both rounds of two-dose vaccines like Pfizer-BioNTech and Moderna is crucial to have the best protection against Covid-19, especially with the new variants that are spreading.

A study by the CDC of adults above the age of 65 — the population most at risk — found that seniors who received partial vaccination were 64 percent less likely to be hospitalized, but fully vaccinated seniors were 94 percent less likely to be admitted to a hospital for Covid-19. Another study, published this month in Nature, found that the two doses of the Pfizer-BioNTech vaccine were 88 percent effective in preventing illness caused by the Delta variant that originated in India, but one dose was only 33 percent effective. The new Novavax vaccine is even better, according to trial data, with 90.4 percent efficacy even against variants.

“The second shot is critical,” Dr. Paul Offit, a vaccine researcher at the Children’s Hospital of Philadelphia, told NBC News. “We know from the phase one studies that the second shot induces a level of virus-specific neutralizing antibodies that’s about tenfold greater than that after the first dose.”

This data and the emerging variants should be enough evidence to convince anyone to get a vaccine. But thanks to people pushing anti-vax narratives, including Republicans like Sens. Ron Johnson and Rand Paul, more than a quarter of Americans say they will not get vaccinated, according to a CNN poll conducted in April.

Some Republicans, however, are urging people to get a vaccine. As he announced seven new deaths in West Virginia due to Covid-19 this week, Republican Governor Jim Justice told the state’s residents that if you aren’t getting vaccinated, “All you’re doing is entering the death drawing.”

“If I knew for certain that there was going to be eight or nine people [dead from Covid-19] by next Tuesday and I could be one of them if I don’t take the vaccine, what in the world do you think I would do?” Justice said. “I mean I would run over on top of somebody because I don’t want to take the chance when the wheel spins that it could come up Jim Justice. I don’t want to take that chance.”

24/06/2021 Politics Comments Off on 99.2 Percent of All U.S. Covid Deaths Are Unvaccinated, New Analysis Shows
Markets