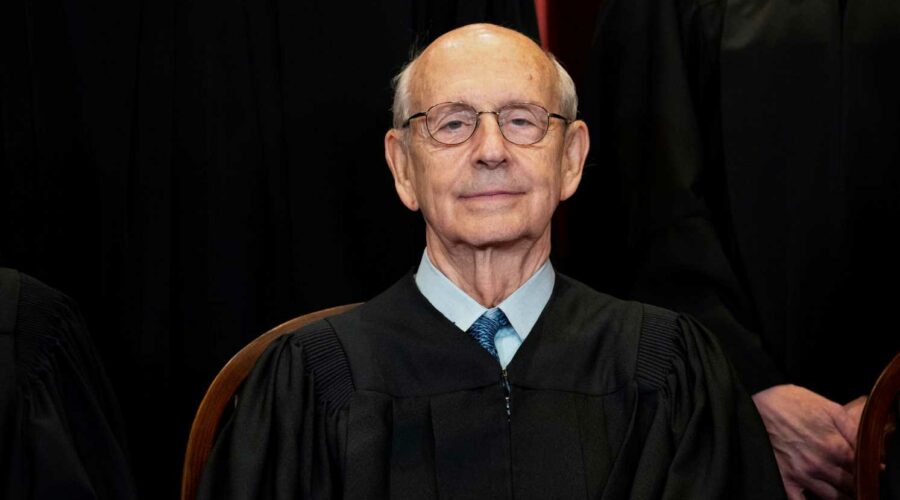 Thirteen progressive groups are urging U.S. Supreme Court Justice Stephen Breyer to retire in a forthcoming full page ad on news site Politico, arguing that Breyer, 82, should step down while Democrats still have control of the Senate.

Endorsed by national advocacy organizations Demand Justice, Women’s March, Black Lives Matter and the Sunrise Movement — among others — the ad comes after Senate Minority Leader Mitch McConnell suggested Monday that he would not confirm President Joe Biden’s Supreme Court nominee during an election year if Republicans regain control of the Senate after the 2022 midterm elections. The statement alarmed progressive groups.

“Anyone who still doubted that Stephen Breyer not retiring could end in disaster should pay attention to Mitch McConnell’s recent comments,” Brian Fallon, executive director of Demand Justice said in a statement. “If Republicans regain control of the Senate before Breyer’s replacement is confirmed, the Court’s legitimacy and our democracy will be at even greater risk. It is good to see even more progressive leaders step forward to say that Breyer needs to step down now to protect his legacy.”

Huffpost first reported news of the ad on Tuesday.

The ad is part of a growing chorus for Breyer to step down ahead of the 2022 midterms. In an interview with CNN’s Dana Bash over the weekend, influential progressive Rep. Alexandria Ocasio-​Cortez, D-N.Y., said she felt Breyer should retire.

“I would give more thought to it, but I’m inclined to say yes,” Ocasio-Cortez told Bash.