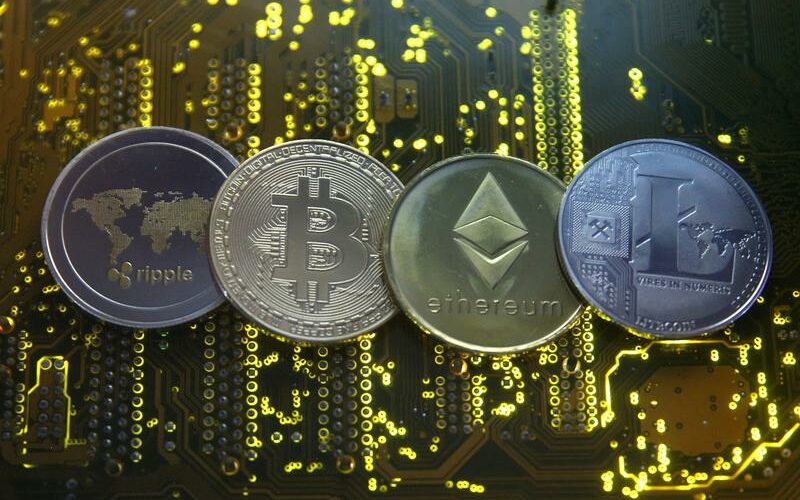 LONDON (Reuters) – Thrill-seeking younger people are turning to online apps to invest in high-risk crypto-assets and foreign exchange even though most are unable to absorb big losses, Britain’s Financial Conduct Authority said on Tuesday.

The FCA said findings from its research showed that a new, younger and more diverse group of consumers are getting involved in higher risk investments. They tend to be female, under 40 and from a BAME background, using social media for tips and news, the FCA said.

Regulators in Europe and the UK have already issued several warnings to consumers about the risks of losing all their money from highly volatile investments like bitcoin, which has surged to record highs.

Online trading has also increased during the pandemic that has forced people to stay at home during several lockdowns.

“The research found that for many investors, emotions and feelings such as enjoying the thrill of investing, and social factors like the status that comes from a sense of ownership in the companies they invest in, were key reasons behind their decisions to invest,” the FCA said in a statement.

Challenge, competition and novelty are more important than conventional, more functional reasons for investing like wanting to make their money work harder or save for their retirement, the FCA said.

“We are worried that some investors are being tempted – often through online adverts or high-pressure sales tactics – into buying higher-risk products that are very unlikely to be suitable for them,” said Sheldon Mills, the FCA’s executive director for consumer and competition.

The FCA said it was also launching on Tuesday a campaign to “disrupt” investors’ journeys by driving them to the high-return investments webpage, which covers key questions consumers should ask before investing.

23/03/2021 Markets Comments Off on Younger crypto investors do it for 'thrills', UK financial watchdog says
Markets