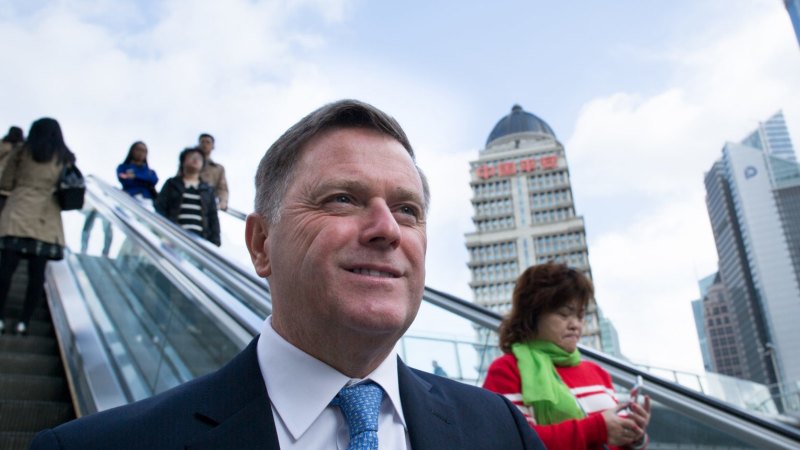 Mark Whelan, a working class kid from Melbourne, fell into banking by accident. It was 1986 on a trip to New York City that his passion for the business was kindled, setting him on a trajectory to become one of Australia’s top executives.

Whelan was head of finance for construction firm Caterpillar at the time and was sent to visit Citibank’s global headquarters. It was here that former prime minister Paul Keating delivered his famous warning that Australia was “done for” if the economy was not reformed.

The “banana republic” speech pushed the Australian dollar to new lows, and Whelan says he was “mobbed” by Citibank traders. “They knew I was an Australian and worked for Caterpillar. And they wanted comment on what I thought would happen.” 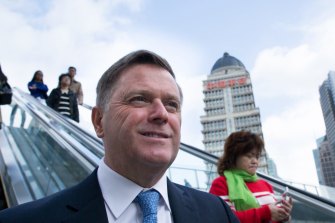 Citibank later recruited Whelan, but it was that moment when he “started to fall in love” with financial markets. Now, Whelan has climbed the ranks to lead ANZ’s institutional bank and is widely touted to become the bank’s next chief executive.

While a leadership change is not imminent, discussions are live in the banking world. The average tenure of an Australian CEO is five years, and Shayne Elliott has been in the job almost six.

One veteran market watcher, who declined to be named, said Whelan would get the job if Elliott resigned tomorrow. “He’s got good experience. He’s been at ANZ for 17 years. He’s had diverse roles within the bank.”

Whelan has excelled in his current role, slashing costs by around $550 million and reducing the number of institutional customers from 27,000 to 7,000. By applying a less-is-more approach, and remaining authentic during tough conversations, he’s wiped high-risk, low-return companies from ANZ’s books.

Now, the downsizing is complete and Whelan wants to attract new customers working in industries of the future – digital payments, technology and low carbon – that have a global outlook. “We’re back definitely in growth mode.”

Former ANZ chief Mike Smith’s biggest legacy was his aggressive push into Asia. Hired from HSBC in 2007, Smith wanted to expand ANZ’s global footprint and tasked Whelan with building out the institutional bank.

Whelan was dispatched to Singapore during the height of the global financial crisis when big foreign banks were ditching Asia to focus on their own markets. “As a bank, we were investing in Asia when a lot of others were pulling out,” Whelan says.

The global retreat made Whelan’s job easier as high quality customers and staff were left behind. Operating across 14 countries in Asia at the time, adapting to each diverse culture was a challenge Whelan enjoyed.

Australia was largely protected from the GFC thanks to China’s insatiable demand for iron ore. As China opened up to the world, ANZ wanted to become the link that allowed businesses to send capital and goods to the world’s second-largest economy.

The bank signed up thousands of new business customers, which was thrilling at the time but has later been described as a catastrophic failure, causing the bank to bleed capital and costs to rocket.

‘If you treat people with respect and authenticity, you can talk to anybody.’

Whelan is quick to defend Smith’s strategy to expand into Asia, which he says was and remains “a smart thing to do”.

“We’d always been the most international of all the banks, right from pretty much day one. We were built as a trade bank back in 1835 in the sheep trade, that’s why this bank was set up,” he says. “Mike and Alex [Thursby] and others took that to a new level…. Shayne Elliott was there, pushing us along.”

But he readily admits cracking the retail market in Asia, where customers remained loyal to local banks, was misguided. “To be successful in retail, you really need to have big branch networks, much bigger infrastructure. Digital banking was starting to bite and you needed to invest in that heavily … That stretched the resources into Asia for us, we were never going to win that.”

Today, China’s souring relations with the West have impacted a number of ANZ’s clients, particularly those reliant on exports, but Whelan says it’s created an opportunity to focus on other markets. 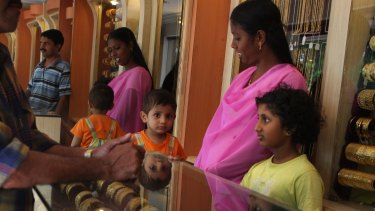 India is seen as a big growth area for ANZ.Credit:Louise Kennerley

“Everyone seems to think Asia is just China. It’s not. India is growing, Vietnam is growing, Indonesia is growing, Japan, South Korea. These are countries with big, big, big economies with big opportunities and very large customers who want to do trade and capital movement either side with Australia,” he says. “China is definitely a monster country but there are opportunities elsewhere.”

Whelan’s leadership style is informed by his Heidelberg West upbringing, a north-eastern suburb once home to Melbourne’s poorest residents.

His father was a storeman at paper-maker Spicers. His mother worked as a cook in kitchens across Melbourne, such as the Northcote lawn bowls. With three older sisters, Whelan was the first in his family to attend university and says his ability to engage with people from all walks of life has been important “right through my career”.

“It could be a cleaner, it could be a tradesman, small business people. And up to dealing with business tycoons in Hong Kong … If you treat people with respect and authenticity, you can talk to anybody.”

This very trait might soon help him secure the top job at the country’s fourth-largest bank. But Whelan is adamant he’s not leading the pack. “Ultimately, they’re spoilt for choice,” he says. “Would I be one of the potentials? I’d hope so. But it would depend very highly on what the board want going forward. We’ll see how that plays out.”