Wealth manager AMP has failed to transfer almost 4000 members to the low-cost superannuation product, MySuper, more than four years after the legal deadline and despite being slammed in the banking royal commission for delays.

The Gillard government introduced MySuper in 2013 as a low-cost, commission-free super product for Australians who had not specifically chosen a fund. The policy was designed to safeguard retirement savings from languishing in expensive or under-performing funds. 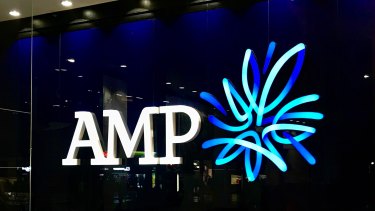 Under the government reforms, all super funds were legally required to use MySuper products as a default for new members from 2014, unless they had specified otherwise, and transfer existing inactive accounts to these funds by mid-2017.

AMP was singled out by the banking royal commission in 2018 for intentionally delaying the transfer of inactive accounts to MySuper products to boost profits by retaining commissions for advisers and keeping members in higher fee-paying accounts.

However, new documents obtained by The Age and Sydney Morning Herald show AMP has still failed to transfer a cohort of inactive accounts to MySuper products more than four years past the legal deadline.

In a document provided to financial advisers last December, AMP explained the company had failed to migrate 3,702 customers into MySuper accounts. As a result, these customers were charged incorrect fees and did not receive the default insurance protection under the MySuper obligations.

“We didn’t do this due to an error. We’re sorry for this,” one template email sent to financial advisers states.

Now, AMP is quietly rolling out a remediation program to compensate impacted customers for any lost investment earnings and is allowing these customers to lodge back-dated insurance claims if they became disabled or died during the period.

“You’ll be glad to know you won’t need to pay any past insurance premiums if you’re eligible to make a claim,” said another email template.

Another email from February this year, signed by AMP’s director of wealth management Nicole Mahan, shows ongoing delays with transferring these members to MySuper accounts. In the email, Ms Mahan instructed advisers to request customers complete opt-out forms within 90 days.

“If we don’t hear back by this date, we’ll switch their investment to MySuper,” the email states.

An AMP spokesman confirmed the remediation program was ongoing. “We are reviewing every case individually with close to one-third now complete and remediation paid, and we expect to complete remediation of this matter by mid-2022.”

A financial planner who received the correspondence regarding the MySuper “error” said it revealed the ongoing problems with AMP’s governance and technology. “It confirms the right hand doesn’t know what the left hand is doing at AMP.”

The adviser, who could not be named publicly because they were not authorised to speak publicly, accused AMP of purposefully providing customers with little detail about how the refunds were calculated and said there should be more scrutiny on compensation payments. “People are just happy to get a cheque. But anyone with knowledge might go, ‘hang on, I’ve received a $1000 cheque but how do I know that’s correct?’

“AMP is discovering more and more errors. The reality is it’s the advisers bearing the brunt of AMP’s errors.”

AMP said the program was part of a court-enforceable undertaking with the Australian Prudential Regulation Authority, signed last November, in which AMP agreed to take a variety of actions to improve its superannuation services.

At the time, AMP estimated the total bill for any remediation related to the undertaking would be between $40 million and $45 million.