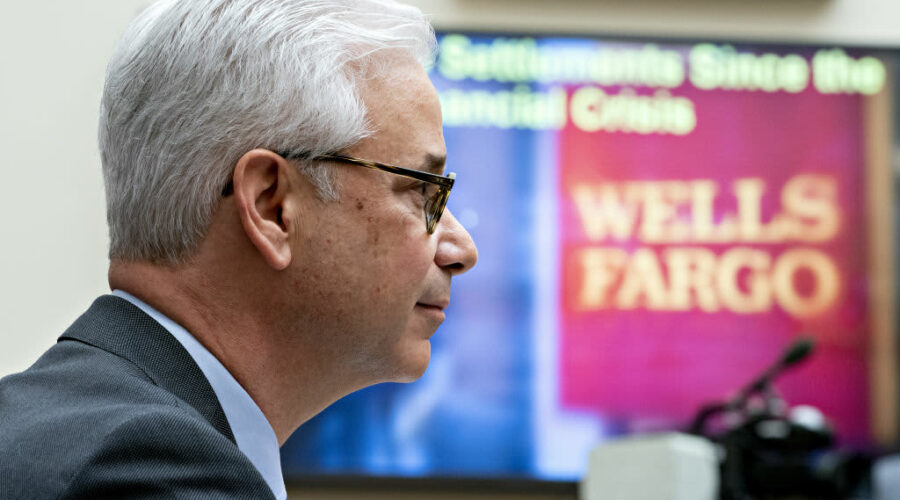 Wells Fargo on Wednesday reported second-quarter earnings and revenue results that topped Wall Street's expectations as it continued to release funds it had set aside during the Covid-19 pandemic to safeguard against widespread loan losses.

Shares of the bank rose 0.5% in premarket trading following the earnings announcement. Here's how the second-quarter compared with Wall Street estimates.

Earnings: $1.38 in earnings per share versus 97 cents a share expected, according to Refinitiv, a sharp reversal from the loss it suffered in the second quarter of 2020.

Revenue: $20.27 billion versus $17.77 billion expected, per Refinitiv estimates, reflecting a 10% increase compared with the same quarter one year ago.

Wells Fargo results were boosted by a $1.6 billion release of its credit loss reserves as consumers' perform better than the bank anticipated amid the pandemic recession. Financial firms have started to release those reserves as the recovery has accelerated in 2021, boosting profits as a result.

Wells also reported a net interest margin — a measure of how much a bank earns from the difference between what it pays on deposits and what it takes in on loans — of 2.02% for the quarter. Analysts were expecting 2.05%, according to FactSet. Persistent low interest rates have continued to weigh on that part of the bank business.

CEO Charlie Scharf said in a press release that demand for the bank's loans remains somewhat muted despite the economic recovery.

"Wells Fargo benefited from the continued economic recovery, strong markets that helped drive gains in our affiliated venture capital businesses, and our progress on improving efficiency, but the headwinds of low interest rates and tepid loan demand remained," Scharf said in the earnings release. "Our top priority continues to be building an appropriate risk and control infrastructure for a company of our size and complexity and we continue to invest in additional resources and devote significant management attention to this work."

The bank reported an efficiency ratio of 66% compared with the FactSet estimate of 76.1%, indicating that its operating expenses as a proportion to its revenues had improved from 80% in the June quarter of 2020.

The financial update from the San Francisco-based lender came nearly one week after CNBC reported that it is shutting down all existing personal lines of credit in coming weeks and has stopped offering the product.

Wells said in a letter to customers that the move will allow it to focus on credit cards and personal loans.

Though the move did anger some customers, Wells is otherwise posting a comeback in 2021 amid an economic turnaround in the U.S. thanks to the resumption of normal business activity.

The improving jobs market and accelerating capital spending thanks to the rollout of the Covid-19 vaccine have helped bank equity breeze by the broader stock market since January.