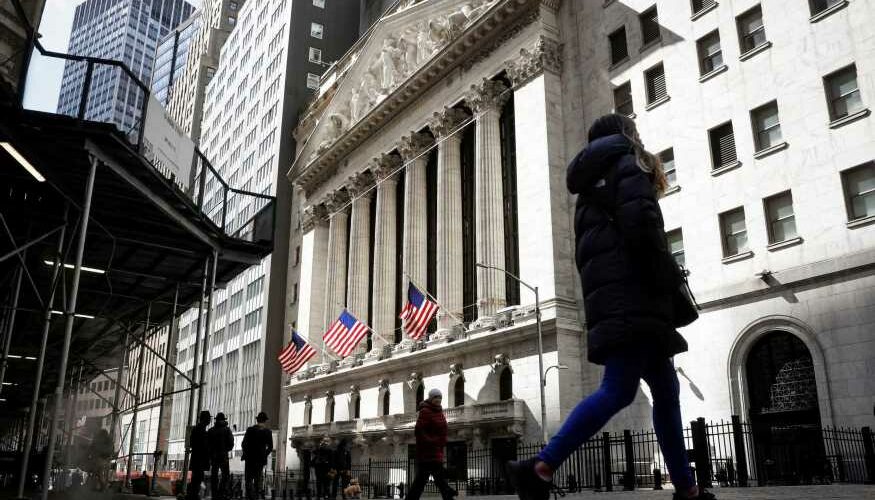 The vast majority of investment banks are backing European stocks to outperform their U.S. peers through the remainder of the year and into 2022, as the region's economic recovery and historic stimulus converge.

Recent economic data out of the euro zone suggests its recovery is gathering steam, after a sluggish start due to persistent lockdown measures and a slow vaccine rollout.

Euro area PMI (purchasing managers' index) readings earlier this week came in at their highest on record, implying rapid growth in business activity across the bloc in June and offering the latest in a series of positive data surprises.

This has led to tangible action from investors. Mutual fund flows into European stocks year-to-date have been at their strongest for six years, with U.S. and Asian investors reversing recent trends to become net buyers of European shares, according to analysis by Goldman Sachs.

The pan-European Stoxx 600 index is up more than 14% year-to date. In a research note in April, the Wall Street bank projected European stocks would climb 10% over the next 12 months. The index is up around 3.7% since the publication of the note.

Analysts at Morgan Stanley have also said Europe is well-placed to outperform all major regions this year for the first time in more than two decades.

"With global investors structurally underweight Europe, there is ample scope for the recent run of inflows, which should be counted in weeks rather than months, to persist for considerably longer if the investment narrative remains attractive," Graham Secker, chief European equity strategist at Morgan Stanley, said in a recent investor podcast.

Secker added that with the bank's general view of risk assets turning more subdued, however, the optimism for European returns should be viewed in relative rather than absolute terms.

Barclays attributed the uptick in inflows to Europe, particularly from U.S. investors, to the continent's delayed reopening offering a relative growth benefit going into the second half of the year.

In a recent note, Barclays Head of European Equity Strategy Emmanuel Cau noted that while U.S. growth appears to be peaking and the Federal Reserve is beginning to murmur about tapering, the EU's growth rebound is at an earlier stage and the European Central Bank remains highly accommodative.

"We believe the region's positive economic momentum could carry on into 2022, as the private sector is eager to spend, banks emerge from the crisis in good shape and the fiscal stance is firmly pro-growth," Cau said.

The European Union's landmark recovery fund is also seen as providing the foundations for a strong and sustained economic recovery.

UBS Chief European Economist Reinhard Cluse told CNBC Friday that the brunt of GDP growth generated by the EU Recovery Fund will come through in 2022 and 2023.

"So the next three years I think is when we are likely to see the biggest payoff in terms of real economic activity, support for company earnings, particularly in sectors that have benefited from the recovery fund," he said.

"These will be the capital goods space, utility companies, the auto companies, and also the telecom providers. In these sectors, we would expect the most meaningful payoff."

Which stocks will benefit?

BNP Paribas said the meeting of the macroeconomic recovery and a consistently dovish ECB would continue to benefit so-called value stocks in the euro zone in particular.

"Signs of inflationary pressures, accommodative fiscal and monetary policy and relatively attractive valuations support a continuation of the recovery-driven rotation to the Value factor," the bank's analysts said in its third-quarter outlook report.

Value stocks are viewed as undervalued and are seen benefiting from an economic recovery. Investors in growth stocks, on the other hand, expect them to rise at a faster rate than the rest of the market. BNP Paribas backed Europe's banking, basic resources, autos and oil and gas stocks — all considered value stocks — to benefit the most from the region's recovery. It also expects volatility in the market to grind lower over the summer months.

Europe broadly possesses a higher proportion of value and cyclical stocks (which also tend to track the economy) than its global peers. The region has underperformed the U.S. consistently since around 2007, when growth stocks – such as the U.S. tech giants – have been in vogue.

Two key factors drove this trend, according to Saxo Bank: digitalization gathered steam, disproportionately benefiting U.S. companies, and Europe was hit hardest by the Great Financial Crisis, which sparked the European debt crisis and led to more than a decade of fiscal austerity.

However, Saxo Bank Head of Equity Strategy Peter Garnry argued in a note Tuesday that Europe is now positioned to take advantage of an important juncture: decarbonization and opportunities in green technology.

Goldman Sachs analysts led by European Strategist Sharon Bell and Chief Global Equity Strategist Peter Oppenheimer said the recent inflows into Europe likely have further to go. They highlighted that the cash pouring in has recovered only a small portion of net outflows in recent years, while the rate of inflows has lagged the improvement in PMI readings.

"European equity has been a long-term underperformer and hence most investors have much lower weights in the region than historically," the analysts said in a report Monday.

"The ability of European equity to attract capital will depend on a number of factors, most crucial of which will be the ability to grow earnings, provide investors with innovative growth stories and encourage domestic investors to shift more into stocks."

However, not all analysts are sold on Europe's outperformance.

Peter Toogood, chief investment officer at financial services firm Embark Group, told CNBC last month that while European stocks may keep up with their counterparts across the Atlantic, they will struggle to beat them.

Toogood suggested that the region's recovery had been too slow off the mark, and that the unlikelihood of Covid disappearing through winter meant gains would remain stunted.

01/07/2021 Markets Comments Off on Wall Street expects European stocks to outperform the U.S. this year. Here’s why
Markets