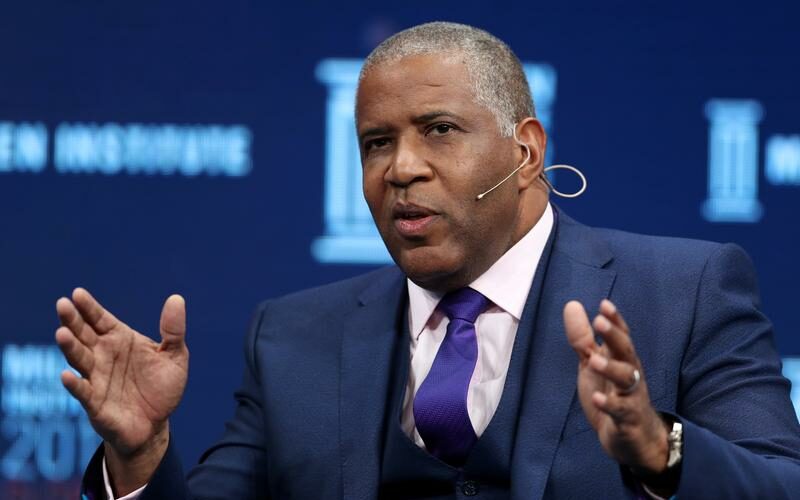 Blue Prism, whose customers include automaker Daimler, e-commerce firm eBay and Britain’s NHS, said it plans to recommend that shareholders vote in favour of the 1,125 pence-per-share bid announced on Tuesday, calling the terms “fair and reasonable”.

Shares in the London-listed firm, which had been in talks with Vista as well as TPG Capital over a possible offer, were down 3% at 1,153 pence in early trade after news of the deal, indicating that investors were hoping for a higher price.

Jefferies analysts said that as Blue Prism also downgraded its 2021 revenue outlook on Tuesday, that “obviously creates a weak negotiating position to extract a high price.”

Vista, announcing the agreed deal in a joint statement with Blue Prism, said it views the acquisition as “an exciting and transformational moment for the growth of enterprise-grade Intelligent Automation and Robotic Process Automation (RPA).”

Vista, with more than $81 billion in assets under management as of the end of June, plans to combine Blue Prism with its infrastructure and business intelligence software company TIBCO, which it took private in 2014 for about $4.3 billion.

“Blue Prism has become a leading player in the RPA sector since it was founded in 2001, when it first pioneered the technology,” Blue Prism Chairman and CEO Jason Kingdon said.

“Combining with Vista and TIBCO will ensure we remain at the forefront of the next generation of intelligent automation,” he added.

Blue Prism had been considering a sale after shareholders encouraged the board to do so following demands to restructure the company’s management.

Blue Prism said it plans to separate the chairman and chief executive role and that it has started looking for a new CEO.

Goldman Sachs acted as financial adviser to TIBCO and Qatalyst Partners advised Blue Prism on the financial terms of the deal.