Wages policy is shaping up as a possible last-minute vote decider for small business, with warnings founders are "very concerned" about possible legislated pay rises of more than 10 per cent under a Labor government.

"The opposition have been quite vocal about the fact they’re going to really work to see real increases in minimum wages … small business owners that I have spoken to are very concerned about that," says chief executive of small business accounting firm MYOB, Tim Reed. 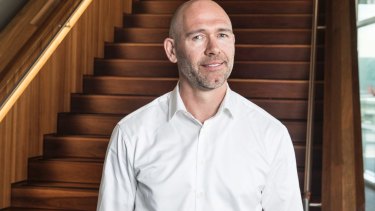 After canvassing the views of the company's user base, Mr Reed said small business owners are torn between a desire for stable leadership following a period of turbulence under the Coalition, and a worry that wages under Labor may outstrip what they can afford.

Speaking to The Age and Sydney Morning Herald after addressing the Future Work Summit in Melbourne, Mr Reed said many key small business issues like tax cuts had been addressed by both parties.

Some businesses believe wages might go up by as much as 6 per cent under the policies of the opposition, while others have predicted 12 or 15 per cent, he said.

This week has seen the wages issue ramp up on the campaign trail, with Opposition Leader Bill Shorten pledging to make an increase to the minimum wage a top priority if Labor wins office on Saturday.

On Wednesday, the opposition pledged a small claims tribunal for workers for those not paid their entitlements.

The policies come as the quarterly wage price index rose 0.5 per cent, or 2.3 per cent seasonally adjusted.

"At 2.4 per cent, private sector wages are growing at the fastest pace for over four years. And in just under two years, wage growth has lifted from 1.8 per cent," CommSec chief executive Craig James wrote in a note on Wednesday.

While the small business sector has "a lot of respect" for Mr Bowen, the sector would be looking to work with a possible Labor government on future wage increases, he said.

He committed to consultation between businesses and unions around industrial relations policy should he win on Saturday.