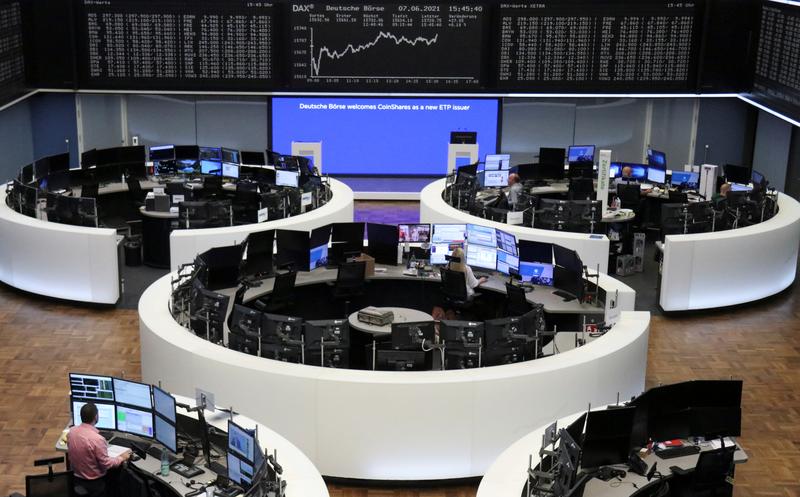 The pan-European STOXX 600 index rose 0.2% by 0713 GMT – holding below all-time highs – with sectors considered more stable such as utilities, real estate and telecoms leading the gains.

Data showed German industrial output fell unexpectedly in April, in a further sign that semiconductor shortages and other supply bottlenecks are hampering the recovery in Europe’s largest economy.

Automakers slid 0.8% after a six-day rally that took the index close to its record peak.