Supply chain, shipping woes to continue as long as COVID lives on: Cordero

Leaders of some of the busiest U.S. ports expect congestion snarling maritime gateways to continue deep into next year, as the crush of goods from manufacturers and retailers looking to replenish depleted inventories pushes past shipping’s usual seasonal lulls.

Ports are already swamped by record numbers of containers reaching U.S. shores during this year’s peak shipping season, and the number of vessels waiting for berth space at Southern California’s gateways is growing as logjams stretch into warehouses and distribution networks across the country.

Port leaders, such as Mario Cordero, executive director at the Port of Long Beach, Calif., who have spoken with shipping lines and their cargo customers say the slowdown in container volumes that usually coincides with the Lunar New Year in February, when factories in China typically shut down, is unlikely to offer much relief.

"I don’t see substantial mitigation with regard to the congestion that the major container ports are experiencing," Mr. Cordero said. "Many people believe it’s going to continue through the summer of 2022."

Griff Lynch, executive director of the Georgia Ports Authority, which operates one of the nation’s largest ocean gateways at the Port of Savannah, said: "We think at least midway through 2022 or the entire 2022 could be very strong."

Major U.S. ports were forecast to handle the equivalent of some 2.37 million imported containers in August, according to the Global Port Tracker report produced by Hackett Associates for the National Retail Federation. The figure is the most for any month in records dating to 2002, and NRF projects overall inbound volumes for the year will reach 25.9 million containers, measured in 20-foot equivalent units. That would break the record of 22 million boxes in 2020.

Ports have emerged as one of many bottlenecks in global supply chains as ships fill up with boxes carrying electronics, home furnishings, holiday decorations and other goods. 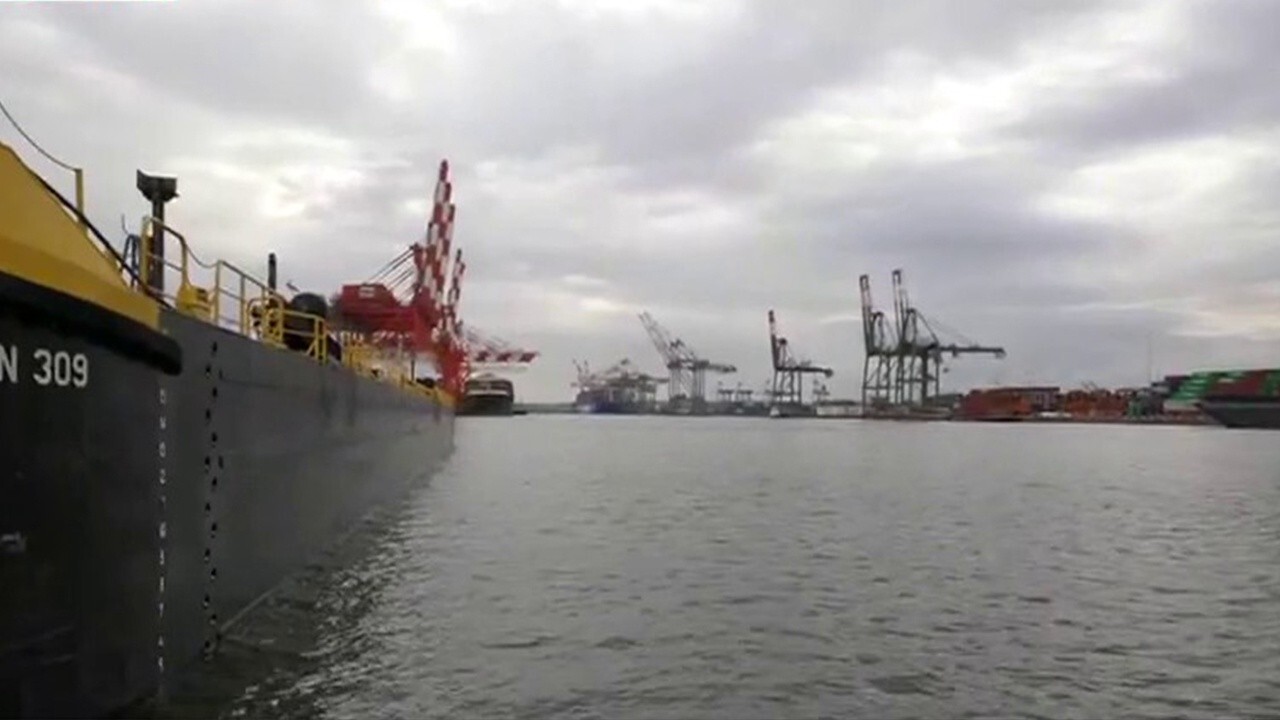 Hundreds of thousands of containers are stuck aboard container ships waiting for a berth or stacked up at terminals waiting to be moved by truck or rail to inland terminals, warehouses and distribution centers. When the boxes do move, they are often snarled at congested freight rail yards and warehouses that are full to capacity.

Bob Biesterfield, chief executive of C.H. Robinson Worldwide Inc. the largest freight broker in North America, said shortages of truck drivers and warehouse workers are making shipping delays worse as the need to replenish inventories is at an all-time high. "I don’t think that’s something that just gets fixed in the next four to five months in accordance with the Lunar New Year," he said.

The congestion has contributed to a world-wide shortage of shipping containers and to spiraling costs for ocean freight. The logjam prompted the Biden administration to appoint a ports envoy last month to address how to improve cargo movement following complaints from U.S. businesses facing inventory shortages, shipping delays and rising costs.

Congestion has been worst at the neighboring ports of Los Angeles and Long Beach, which account for more than a third of all U.S. seaborne imports. Forty or more ships have been waiting at anchor off the coast there on any given day in recent weeks, according to the Marine Exchange of Southern California, a pandemic-era record. Before the pandemic, a single ship at anchor was unusual.

The surge is being driven by Americans shifting their spending away from services, such as restaurants and vacations, to home improvements, office equipment and other consumer goods. Port leaders say importers are also stocking up on additional inventory after the shortcomings of just-in-time supply chains were exposed in the early weeks of the pandemic.

Sam Ruda, port director at the Port Authority of New York and New Jersey, said the logjams may only break when the Covid-19 pandemic winds down. "That’s really what will inform the duration of what we are seeing on the ground today," he said.