Paul Douglas will be up before sunrise on Thursday, starting at 4am to deliver coffee to customers attending nearby Anzac Day dawn services in the outer Melbourne suburb of Emerald.

"It’s a marketing decision [to open], we very much feel that we’re part of the community, we’re an amenity. We're the place you buy your daily coffee and bread," he said. 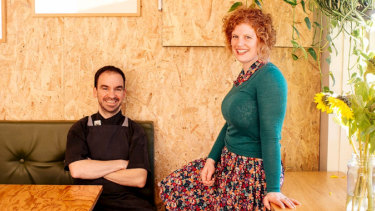 Paul Douglas and Belinda Smullen are preparing for Anzac Day trading at their Emerald establishments.

All three will be open on Anzac Day with a 15 per cent public holiday surcharge, though that won't entirely cover the increased hourly rate for staff, which can be more than double a regular working day.

"As a business, we have chosen to do the right thing from the beginning. That puts a lot of pressure on the business," Mr Douglas said.

The 15 per cent fee doesn't necessarily cover increased staffing costs completely, but does bridge the gap and the founders have discovered without it, "you literally lose money".

The real frustration of opening on a public holiday is the suspicion that other small businesses aren't paying correct penalty rates and could be undercutting those doing the right thing, Mr Douglas said.

"Many owners do not do the right thing, or they pocket the surcharge and don’t pay their staff properly… There’s got to be some accountability."

A Fair Work Commission decision in 2016 lowered penalty rates across four major awards including retail and hospitality, though Australian businesses still need to pay between 200 and 225 per cent of base wages on public holidays.

Anzac Day is one of the only days on the business calendar where companies are restricted from opening during certain hours.

In Victoria and New South Wales, companies are generally stopped from trading before 1 pm unless they fall under the "exempt" company category.

In Victoria, cafes and smaller operators with 20 or fewer staff are exempt companies, meaning many of Australia's smallest businesses have a chance to trade while others are shut.

In New South Wales, small shops can open before 1 pm if they have four or fewer staff on deck, while those with hotel and small bar licences have more freedom to open their doors.

Sydney coffee pop-up Higher Dimension Coffee is located just a five-minute walk from the dawn service at Martin Place and owners Joshua Gold and Ellen Wu will be hoping there's plenty of foot traffic in the CBD.

"We're just around the corner from all the activities," Mr Gold said.

There won't be a surcharge on coffees and the founders won't be putting extra staff on, instead deciding to go it alone for the morning.

Demand for an afternoon beer

Marrickville venue Sauce Brewing Co will be opening its doors for the afternoon.

"It's a pretty easy decision really. When people aren't at work they want to go out and have a nice beer," owner Mike Clarke said. 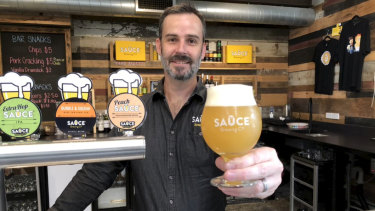 Mike Clarke’s Sauce Brewery will be open on Thursday afternoon.

Most staff at the venue will receive hourly rates of more than $50 an hour due to holiday rates.

Now in its second year of business, Mr Clarke said Thursday would be a good chance to get customers through the door.

"We're a fairly new business — we try to get ourselves out there."

24/04/2019 Markets Comments Off on Up at 4am for the Anzac Day coffee hit: Why it pays for Paul to stay open
World News