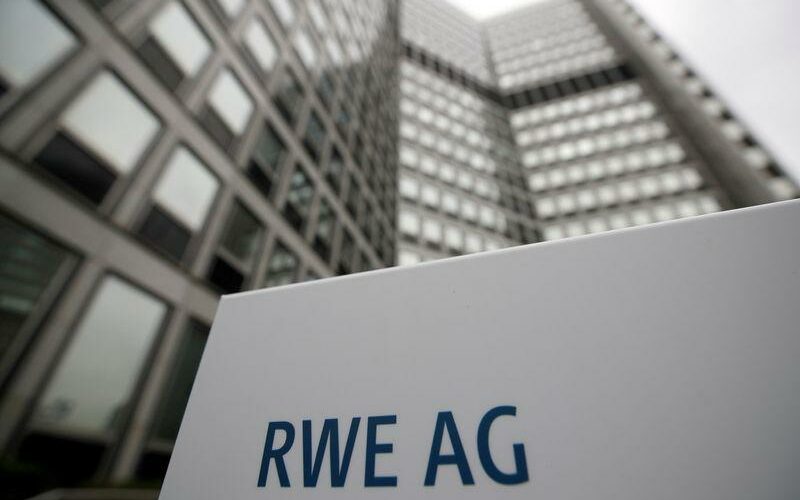 LONDON (Reuters) – UK-listed grid operator National Grid has partnered with Germany utility RWE to develop offshore wind projects in the United States, it said in its full-year results on Thursday.

FILE PHOTO: The headquarters of the German power supplier RWE, which plans to break up subsidiary Innogy and share its assets with rival E.ON, is pictured in Essen, Germany, April 24, 2018. REUTERS/Wolfgang Rattay

Under the agreement, NGV and RWE will work together to explore opportunities in the U.S. offshore wind market with an intention to jointly bid in a future federal seabed lease auction.

“As the U.S. offshore wind market is opening up, we see this as a perfect opportunity,” National Grid Chief Executive John Pettigrew told Reuters in an interview.

The firm is already active in U.S. onshore wind, having bought renewables developer Geronimo Energy in 2019.

In its results, the company said its underlying operating profit was down 5% to 3.28 billion pounds ($4.7 billion) from a year earlier, due to the impact of COVID-19.

The company has recommended a final dividend to bring its full-year payout to 49.16 pence, up 1.2% from a year earlier.

In March, it said it would buy England’s largest electricity distribution business WPD from U.S.-based PPL for 7.8 billion pounds. National Grid said it expects that acquisition to be completed by July.

It is also it selling Rhode Island utility the Narragansett Electric Company (NECO) to PPL for $3.8 billion, which it expects to be completed in the first quarter of next year.

The process for the sale of its UK gas transmission business will be launched in the second half of this year because work needs to be done on separating it out from the rest of the company, Pettigrew said.