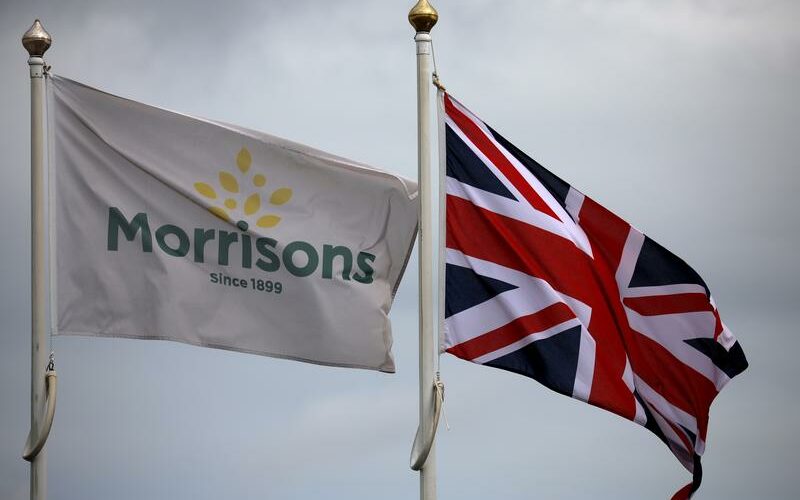 But generous price premia are also raising asset managers’ expectations of higher share prices for the London stock market after years of underperformance.

An $9.5 billion bid underway by Fortress Investment Group for British grocery chain Morrisons is just one such private equity acquisition, which, according to Lazard Asset Management, have accounted for 85% of British take-private deals this year.

Buyout groups spent $45 billion snapping up companies in Britain in the first half of 2021, Refinitiv data shows, more than double the next best first six months on record and almost 10% of the total $547 billion they spent across the world.

Peel Hunt data in July showed 38 London-listed companies had either been acquired by private equity this year or were in the process of being acquired. Apart from Morrisons, these include Dubilier & Rice and KKR’s acquisition of infrastructure firm John Laing Group.

Grace Peters, EMEA head of investment strategy at JPMorgan Private Bank called private equity interest in UK companies “comforting”, saying that when you invest in equities “you want to know there is an incremental buyer”.

The attraction for cash-rich private equity is obvious.

British stocks’ discount to global peers is the deepest in over three decades.

Brexit is one reason. The mining, energy and banking shares typical of the FTSE 100 have cheaper valuations than tech as their performance hinges on a clearly positive growth outlook.

“UK for sale is very much an ongoing theme and it will remain so until the market becomes a lot better valued,” he said. “If the market refuses to value a company appropriately, private equity will come and take it off your hands on the cheap.”

Shareholders in Morrisons will reap a 40%-plus premium should its buyout proceed at 270 pence per share – in line with the average premium offered this year by private equity firms, Peel Hunt analysis shows.

The laws of supply and demand dictate that take-private deals will support share prices by removing equity from the market, even if the amount withdrawn is dwarfed by the 2.4 trillion-pound FTSE 350 index.

Companies taken private from January to July represented 11 billion pounds in market cap, Peel Hunt estimates. That will rise to more than 26 billion pounds and remove almost 13 billion shares from the public market if all the deals announced in the period complete.

“There’s a lot of money coming back in for fund managers to deploy, and a lot of that will be repositioned in companies currently listed in the UK or provide firepower for fundraising for IPOs,” said Charles Hall, Peel Hunt’s head of research.

There is unease too. Kiran Ganesh, London-based head of multi-asset at UBS Global Wealth Management, cautioned that policymakers need to ensure “the best opportunities don’t go private and public markets are just what’s left over”.

“Allocating to the cheaper asset classes will eventually pay off if you’re willing to be patient,” he told the Reuters Global Markets forum.

The Morrisons deal has lifted shares in rivals Sainsbury’s and Tesco, while Berenberg analysts have a Buy rating on listed real estate companies Capital & Counties, Helical and Grainger as it considers them attractive to private equity buyers.

“It’s a simple case of financial arbitrage being left open by the market,” he said.