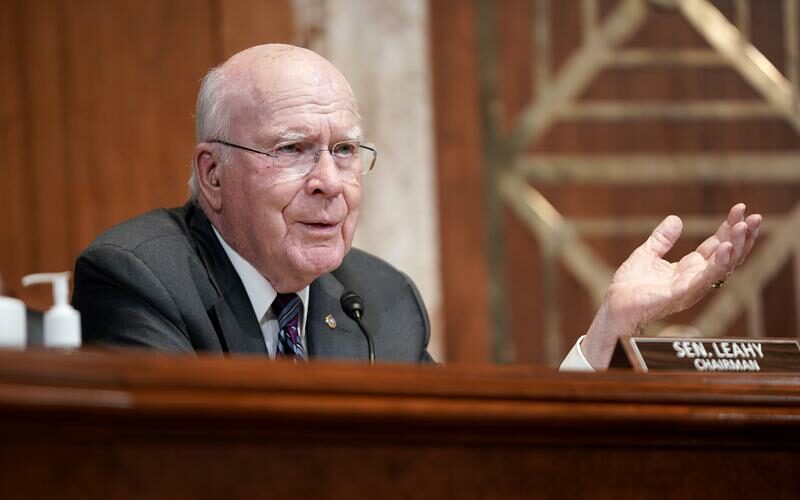 WASHINGTON (Reuters) -Democratic U.S. Senator Patrick Leahy on Monday said he will not seek re-election in November 2022, opening up another seat that Democrats will need to aggressively defend if they are to maintain their razor-thin Senate majority.

First elected in 1974, Leahy, 81, serves as the chamber’s president pro tempore, a position that places him third in line to the U.S. presidency, after Vice President Kamala Harris and House of Representatives Speaker Nancy Pelosi.

His retirement could open an opportunity for Democratic Representative Peter Welch to run for Senate.

Leahy chairs the powerful Senate Appropriations Committee which oversees federal spending. In that role and previously as the “ranking” Democrat under a Republican chairman, he has been at the center of negotiations on deals to avert government shutdowns for lack of funds.

While Leahy’s Vermont Senate seat is seen as still leaning Democratic, political volatility in next year’s congressional campaigns could make this race one to watch as Democrats attempt to hold onto their majority.

With his exit, Leahy joins a growing list of federal lawmakers whose departures could shake up next year’s congressional elections.

U.S. Representative Ann Kirkpatrick of Arizona is also retiring, while U.S. Representative Conor Lamb of Pennsylvania has embarked on a difficult U.S. Senate run. Both races might be competitive and their exits could hurt Democrats’ chances of maintaining a narrow majority in the House of Representatives.

Democrats were buoyed last week by news New Hampshire’s Republican Governor Chris Sununu will run for re-election rather than challenge Democratic U.S. Senator Maggie Hassan for her seat next year. Sununu was seen as a strong potential challenger.

During his years in the Senate, Leahy also staked out a small place in popular culture, appearing in five “Batman” movies. His best-known appearance was in 2008’s “The Dark Knight,” in which his character stood up to the Joker, telling him, “We’re not intimidated by thugs.” In response, the Joker grabs Leahy by the head and brandishes a knife in his face.