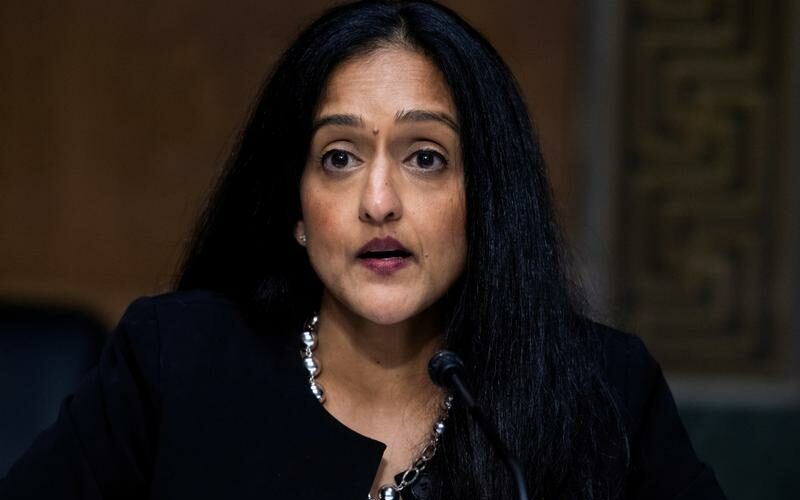 WASHINGTON (Reuters) – The U.S. Senate Judiciary Committee will vote Thursday on whether to approve two of President Joe Biden’s nominees for the No. 2 and No. 3 posts at the Justice Department, a move that will pave the way for Lisa Monaco and Vanita Gupta to receive a confirmation vote on the Senate floor.

Because the U.S. Senate is split 50-50 among Democrats and Republicans, the Senate Judiciary Committee vote on Gupta’s nomination could be tied.

Her nomination would still be able to advance to the floor even with a tie; however, it would face an additional procedural hurdle before the Senate could formally vote to confirm her.

Gupta, who previously headed the civil rights division during the Obama administration, fiercely criticized former President Donald Trump in her role as head of the Leadership Conference on Civil and Human Rights advocacy group.

The Judicial Crisis Network recently starting running a television ads against her, incorrectly claiming Gupta told Reuters in a article in June that she supports defunding police – a statement she did not make.

Law enforcement groups, however, are backing her nomination and an anti-Trump group recently took out ads to bolster support for her among senators seen as possible swing votes.

Gupta apologized during her confirmation hearing for any past “harsh rhetoric” she has used against Republicans on Twitter.

Despite the fierce opposition by some Republicans, Gupta is still expected to squeak by and win Senate confirmation after Democratic Senator Joe Manchin, a crucial swing vote, told CNN earlier this month he will likely back her nomination.