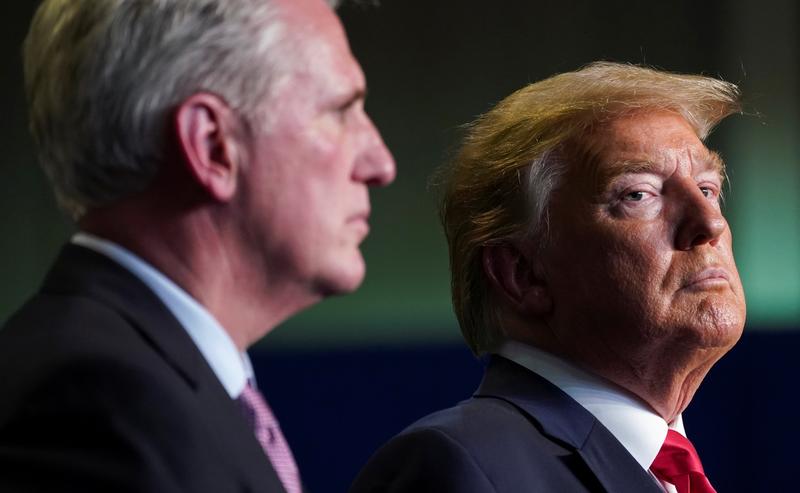 WASHINGTON (Reuters) -U.S. House Republican leader Kevin McCarthy said on Monday that he never told then-President Donald Trump to resign in the wake of the Jan. 6, 2021, U.S. Capitol attack, his first comments on a leaked audio recording that showed him discussing the idea with colleagues.

“I’ve never told the president to resign,” McCarthy told Fox News Channel when asked about the audio of a leaked conversation in which he said he would talk to Trump about resigning.

“It was a conversation that we had about scenarios going forward,” McCarthy added.

In the leaked audio, which surfaced on Thursday on the cable news channel MSNBC, McCarthy told Republican Representative Liz Cheney he planned to call Trump to discuss a mechanism for invoking the 25th Amendment of the U.S. Constitution. Under that amendment, then-Vice President Mike Pence and Cabinet members could have removed the president from office.

“The only discussion I would have with him is that I think this will pass, and it would be my recommendation you should resign,” McCarthy says in the recording, released on cable news channel MSNBC late on Thursday.

The New York Times reported on the conversation before the audio surfaced. McCarthy told the paper its reporting was false, a claim that the audio file undercut.