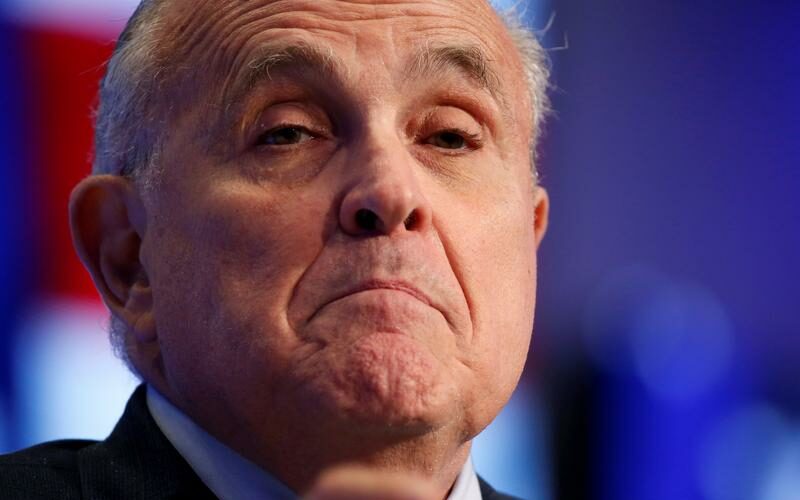 WASHINGTON (Reuters) – U.S. prosecutors on Tuesday asked a judge to create a process for reviewing evidence seized from the home and office of Rudy Giuliani, Donald Trump’s former lawyer, as part of a probe into his business dealings in Ukraine.

In a court filing, federal prosecutors asked U.S. District Judge J. Paul Oetken in Manhattan to appoint a “special master” to review communications taken from Giuliani’s devices and ensure that “potentially privileged materials” are not viewed by investigators.

A special master is typically a respected lawyer, like a retired judge, given the responsibility of reviewing evidence and making recommendations about how it should be handled. The process is intended to protect the confidentiality of discussions between lawyers and their clients for the legitimate purpose of seeking legal advice.

Such an appointment would “promote the perception of fairness,” the prosecutors told Oetken, noting that a special master was appointed to do a similar review of materials seized from another Trump lawyer, Michael Cohen, in 2018.

Giuliani’s lawyer, Bob Costello, declined to comment. He told Reuters last week that he and prosecutors had discussed appointing a special master.

Giuliani is expected to file a formal response to the Justice Department’s request, according to the court filing.

FBI agents seized more than 10 cellphones and computers from Giuliani’s Manhattan apartment and office in raids on Wednesday, according to Costello, who read the search warrant to a Reuters reporter.

U.S. investigators are seeking to review Giuliani’s phones and computers for communications with more than a dozen people, including former Ukrainian officials and two Florida-based businessmen who helped Giuliani dig up dirt on now-President Joe Biden, according to a warrant reviewed by Reuters.

According to the warrant, investigators are looking for evidence that Giuliani acted as an unregistered foreign agent, a violation of lobbying laws.

Giuliani said in a statement following the raids that his “conduct as a lawyer and a citizen was absolutely legal and ethical.”

Giuliani has not formally been accused of any wrongdoing, but federal prosecutors have been investigating the former New York mayor and federal prosecutor for nearly 1-1/2 years over his Ukrainian business dealings while Trump’s attorney. In 2019, a grand jury subpoena was issued for his financial records.