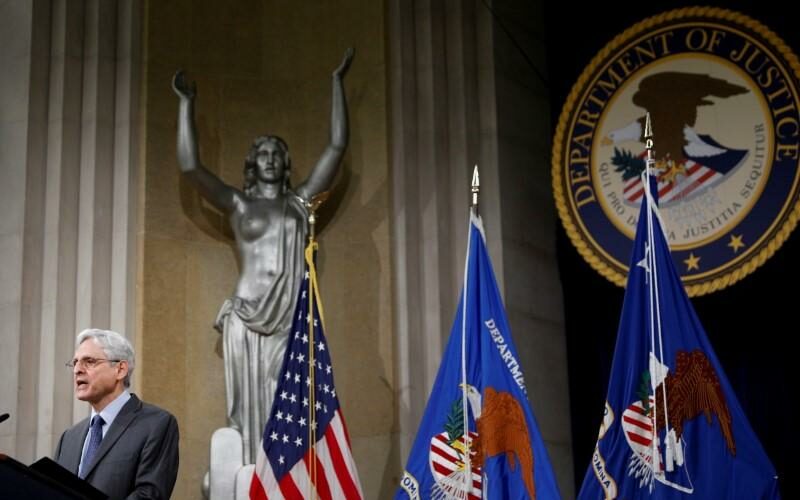 WASHINGTON (Reuters) – Attorney General Merrick Garland said on Monday the U.S. Justice Department is considering changes in its policies for obtaining records from the legislative branch after revelations that former President Donald Trump’s administration had secretly obtained the phone records of some members of Congress.

“I have instructed the Deputy Attorney General, who is already working on surfacing potentially problematic matters deserving high level review, to evaluate and strengthen the department’s existing policies and procedures for obtaining records of the Legislative branch,” Garland said in a statement.

Garland also said he has asked the department’s inspector general to investigate the actions taken during Trump’s administration and said that if “action related to the matter in question is warranted, I will not hesitate to move swiftly.”

The statement came after Senate Democrats on Friday demanded that two former U.S. attorneys general who served under Trump testify about reported subpoenas of records of lawmakers. A White House official criticized the Trump administration actions as “appalling.”