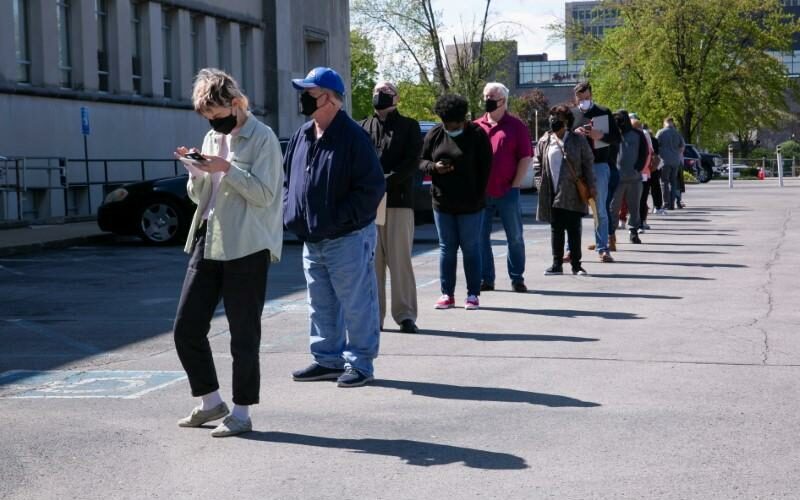 WASHINGTON (Reuters) – U.S. job openings jumped to a fresh record high in June and hiring also increased, an indication that the supply constraints that have held back the labor market remain elevated even as the pace of the economic recovery gathers momentum.

Job openings, a measure of labor demand, shot up by 590,000 to 10.1 million on the last day of June, the Labor Department said in its monthly Job Openings and Labor Turnover Survey, or JOLTS report, on Monday.

Graphic: Job openings are at a record high,

Economists polled by Reuters had forecast job openings would rise to 9.28 million in June. Vacancies increased in all four regions and the job openings rate rose to 6.5% from 6.1%.

Employers have struggled to quickly rehire workers to keep up with the speed from which the economy has emerged from the depths of the COVID-19 pandemic, which upended many businesses as restrictions and fears of the virus kept people home.

The ratio of openings to hires, despite easing in June, remained at historically elevated levels,” JPMorgan analyst Peter McCrory said.

Acute labor shortages have been reported, particularly in leisure and hospitality. Generous unemployment benefits, childcare issues and lingering worries about the virus have also been cited as factors holding back people returning to the workforce.

The largest increases in vacancies in June were in professional and business services, retail trade and accommodation and food services.

But Monday’s data offered a hopeful sign as hiring rose to 6.7 million in June from 6.0 million in the prior month, the second largest increase since the government started tracking the series in 2000. It fell short only of the number of hires in May 2020, which was fueled by the economy reopening after the first wave of shutdowns. Economists generally are expecting a larger bump in hiring as schools reopen and crisis-era unemployment benefits come to an end.

Graphic: Hiring was brisk in June,

It also tallies with more recent data. The government reported on Friday that job growth accelerated in July as U.S. employers hired the most workers in nearly a year and continued to raise wages.

The rise in hiring in June was led by retail trade, with 291,000 more positions filled, while state and local government education filled 94,000 jobs.

Worries remain, however, that a resurgence in infections, driven by the Delta variant of the coronavirus, could once again discourage some unemployed people from returning to the labor force.

Elsewhere, the report showed the number of people voluntarily leaving their employment in June increased to 3.9 million from 3.6 million in May, well above pre-pandemic levels.

The quits rate is usually seen as a barometer of job market confidence, and in June quits were up in all but five of the 21 private industry sectors in the report.

A record 1.35 million people quit jobs in the retail and accommodation and food industries in June, but that only represented 35% of all quits and is roughly in line with those sectors’ share over the longer term.

Graphic: Are you being served?,