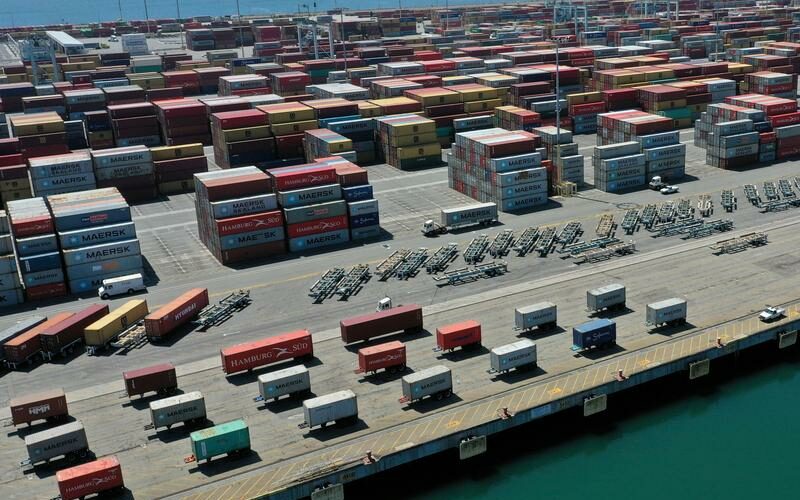 FILE PHOTO: Containers are seen on a shipping dock, as the global outbreak of the coronavirus disease (COVID-19) continues, in the Port of Los Angeles, California, U.S., April 16, 2020. REUTERS/Lucy Nicholson

In the 12 months through February, import prices accelerated 3.0%. That was the largest gain since March 2012 and followed a 1.0% rise in January.

Oil prices have recovered to pre-pandemic levels amid expectations of a pick-up global economic growth, but the COVID-19 pandemic is caused disruptions to the supply chain, boosting prices of commodities.

Inflation is expected to gain steam this year, driven by massive fiscal stimulus and the reopening of the domestic economy as vaccinations slow the spread of the coronavirus. But excess capacity in the labor market will probably stop price pressures from spiraling out of control.

Last month, the cost of goods imported from China rose 0.3% after gaining 0.2% in January. Prices for imported capital goods ticked up 0.1%. The cost of imported motor vehicles gained 0.1%. Prices for consumer goods excluding autos edged up 0.1%.

Export prices jumped 5.2% on a year-on-year basis in February, the largest gain since June 2018, after rising 2.3% in January.