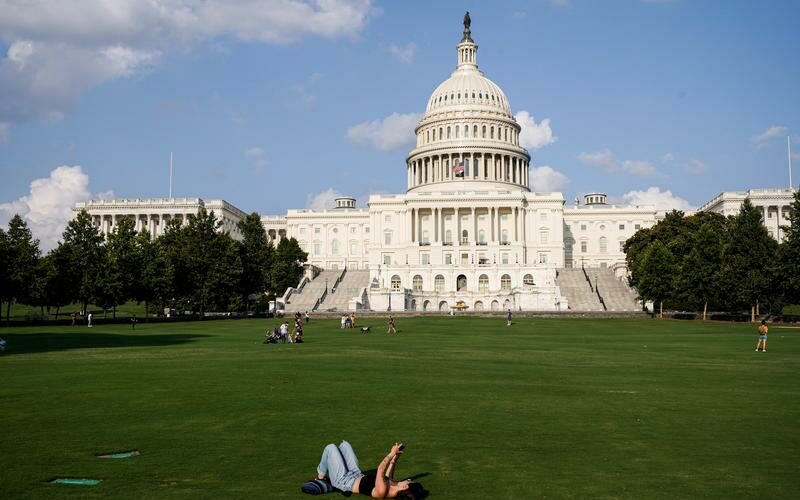 WASHINGTON (Reuters) – The special congressional panel investigating the Jan. 6 attack on the U.S. Capitol by supporters of former President Donald Trump said on Wednesday it would hold its first hearing on July 27.

FILE PHOTO: A woman looks at her mobile phone on the lawn of the U.S. Capitol a day after security fencing was removed as a reduction in heightened security measures taken after the January 6th attack on the U.S. Capitol in Washington, U.S., July 11, 2021. REUTERS/Joshua Roberts

Members of the Democratic-led panel, known as the Select Committee to Investigate the January 6th Attack on the U.S. Capitol, said in a statement the hearing would include testimony from U.S. Capitol Police officers.

Republicans have argued that existing committee probes as well as prosecutors’ investigations make an outside commission or a select committee unnecessary. More than 500 people have been charged with taking part in the violence.

Chairing the panel is Democratic Representative Bennie Thompson, who also heads the House Homeland Security Committee that has been looking into the Jan. 6 events.

In both cases, the Senate did not convict Trump.

The special committee, which will have subpoena power, could keep questions alive about Trump’s activities on Jan. 6 and possibly complicate Republicans’ efforts to win majority control of the House in the 2022 congressional elections.