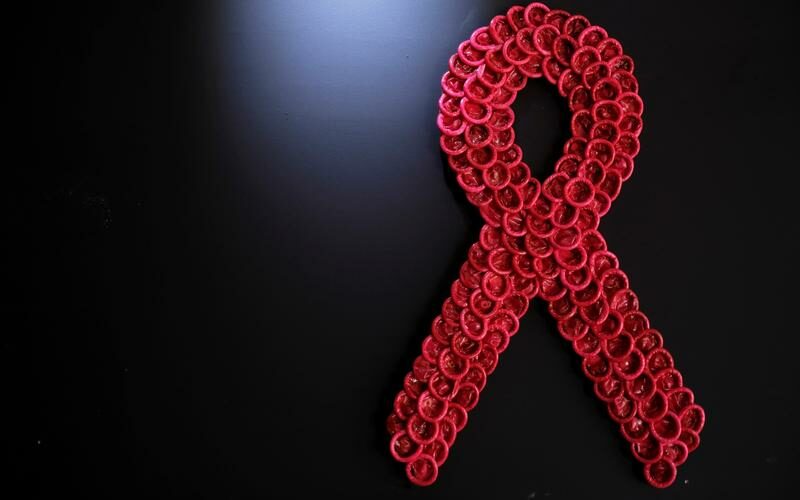 FILE PHOTO: Condoms form the red ribbon, which represents the international symbol for AIDS at a wall of establishment in Sao Paulo, Brazil, June 24, 2019. REUTERS/Nacho Doce

NEW YORK (Reuters) – The United Nations General Assembly adopted a declaration on Tuesday aimed at ending AIDS as a public health threat by 2030 after Russia failed in a bid to remove language it said pushed countries to decriminalize prostitution and drug use.

The 193-member General Assembly overwhelming voted down Russia’s last minute attempt to amend the 18-page declaration. It voted 165 in favor and four against to adopt the non-binding declaration – the fifth such text on AIDS in the past 20 years.

Russia told the General Assembly that under the “cover” of combating discrimination several paragraphs “attempt to directly interfere in national legislation by repealing so-called restrictive and discriminatory laws.”

“As we see from the Global AIDS strategy 2021 to 2026, UNAIDS considers these to include laws that in any way persecute prostitution and drug use,” said deputy Russian U.N. Ambassador Dmitry Chumakov.

Australian U.N. Ambassador Mitch Fifield – who led negotiations on the declaration with Namibia – pushed back against Russia, saying that “reforming laws and policies to ensure that they are grounded in evidence and human rights is essential for an effective HIV response.”

UNAIDS Executive Director Winnie Byanyima warned the General Assembly that AIDS is one of the deadliest pandemics of modern time with 77.5 million people so far infected with HIV, while nearly 35 million people have died from AIDS.

“HIV rates are not following the trajectory that we together promised. Indeed, amidst the fall-out from the COVID crisis, we could even see a resurgent pandemic,” she said on Tuesday.