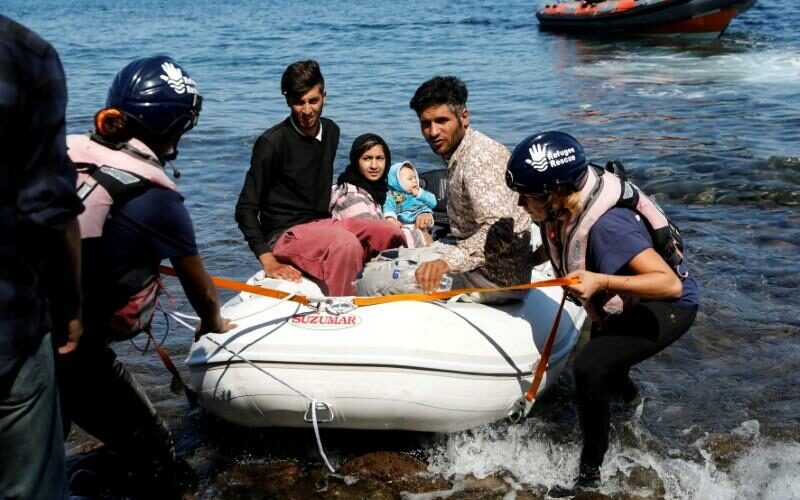 UNITED NATIONS (Reuters) – The United Nations is preparing for a likely further displacement of civilians in Afghanistan after U.S. and international troops leave the country in September, U.N. refugee chief Filippo Grandi told Reuters on Monday.

Violence has been rising as foreign forces begin withdrawing and efforts to broker a peace settlement between the Afghan government and insurgent Taliban have slowed.

Grande pointed to a deadly attack last week on an international demining organization in northern Afghanistan, which killed 10 people.

“This is a tragic indicator of the type of violence that may be resurfacing in Afghanistan and with the withdrawal of the international troops this is possibly or likely going to become worse,” Grande said.

“Therefore we are doing contingency planning inside the country for further displacement, in the neighboring countries in case people might cross borders,” he said, without offering details of those plans.

There are currently some 2.5 million registered refugees from Afghanistan globally, while another 4.8 million have been displaced within the country, according to the U.N. refugee agency UNHCR, which Grande heads.

After 20 years, the United States has started a withdrawal of its remaining 2,500 troops in Afghanistan and aims to be completely out of the country by Sept. 11. Around 7,000 non-U.S. forces from mainly NATO countries – along with Australia, New Zealand and Georgia – are also planning to leave by Sept. 11.

Grande said strong international support was needed for peace talks between the Afghan government and the Taliban.

“It’s political action that should substitute conflict but, of course, the risk (of further displacement) is there and we need to be prepared,” he added.

U.S.-backed Afghan forces toppled the Taliban in late 2001 for refusing to hand over al Qaeda leader Osama bin Laden after the September 11, 2001, attacks on the United States.

“What’s needed is a high level of economic support for Afghanistan humanitarian assistance to maximize the chance the Afghan authorities have to stabilize the situation,” U.N. aid chief Mark Lowcock told Reuters on Monday.

“There’s been very good and constructive outreach from the Biden administration, from the White House down, and we have actually had very productive discussions with them on that,” added Lowcock, who steps down from his role this month.

Earlier this month, the United States announced more than $266 million in new humanitarian aid for Afghanistan, bringing to nearly $3.9 billion the total amount of such aid it has provided since 2002.

Some 18.4 million people, almost half the country’s population, need humanitarian help, according to the United, Nations, which has appealed for $1.3 billion in funding for 2021. So far it has only received about 23% of that.

Lowcock said that until a few years ago there had been a lot of international attention in Afghanistan. That has “dissipated and weakened and that is a sort of problem when it comes to drawing attention to the needs of Afghanistan and getting support for them.”