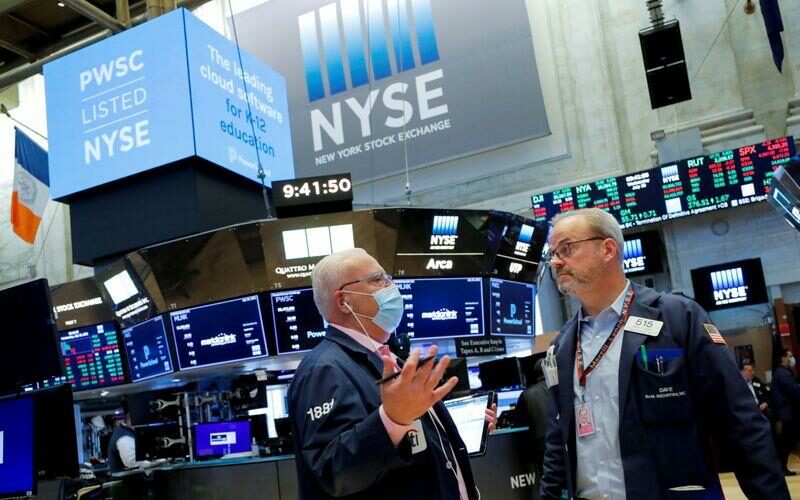 “Today’s market action points to an acknowledgment that earnings are continuing to deliver all the way through,” said Shannon Saccocia, chief investment officer at $17 billion wealth manager Boston Private.

Saccocia, however, said to expect more volatility later in August “when all that stands between investors and third-quarter earnings are a whole lot of Fedspeak, more masks and a flurry of mixed economic data.”

A hint came in payroll data that indicates U.S. hiring slowed in July – rather than held steady, as widely expected – with particular softness among states that ended federal unemployment benefits and areas where the COVID-19 Delta variant is raging.

At the same time, new orders for U.S.-made goods increased more than expected in June, while business spending on equipment was solid, pointing to sustained strength in manufacturing even as spending is shifting from goods to services.

“The market is in a holding pattern and somewhat directionless, trying to sort out the tug of war between the delta variant and an economy ready to reach escape velocity,” said Aaron Clark, portfolio manager at $56 billion GW&K Investment Management.

He said the market’s focus is now on “how extreme any measures to control Delta spread might be.” But he thinks the concern will pass “and the economy, earnings and stocks will resume their upward trajectory.”

Traders left U.S. Treasury yields little changed as they awaited further indicators. The benchmark 10-year yield held at 1.1722% at the end of the trading day Tuesday, in line with the note’s steady march down from this year’s high yield of 1.776% reached March 30.

Oil settled lower in volatile trade as concern about rising cases of the Delta coronavirus variant outweighed expectations for another weekly draw in U.S. inventories that had boosted prices early in the session.

The U.S. dollar steadied after having lost value against the Japanese yen and Swiss franc as questions about slowing U.S. economic growth and the Delta variant challenged risk appetite.