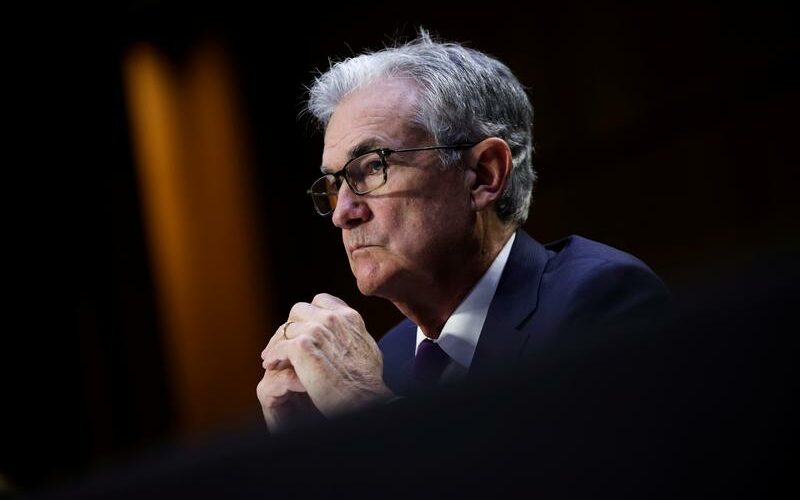 (Reuters) -U.S. Treasury Secretary Janet Yellen on Tuesday declined to say whether she would support a reappointment of Federal Reserve Chair Jerome Powell for a second term, saying it was up to President Joe Biden to decide.

In an interview with CNBC, Yellen also said she trusts the U.S. central bank to make the right decisions in guiding the economy’s recovery from the recession caused by the coronavirus pandemic.

“Well, it’s up to the president to make the nomination and the president hasn’t yet made that decision,” Yellen said when asked if she supports a renomination of Powell. “I know he will talk to many people and consider a wide range of evidence and opinions and make a very careful decision.”

In August, Bloomberg reported that Yellen had told senior White House advisers that she backs Powell for a second term.

First appointed as Fed chair by former President Donald Trump, Powell’s current term at the helm expires in February, and the Biden administration has not yet made an announcement.

Last week an influential voice of the Democratic Party’s progressive wing, Senator Elizabeth Warren of Massachusetts, publicly came out against a second term for Powell, calling him a “dangerous man” to lead the Fed.

On Tuesday she broadened her critique, faulting Powell not just for his track record on regulating banks, but also for his handling of potential ethical lapses by fellow Fed policymakers in their personal financial lives.

“We need changes at the Fed,” said Warren, who is on the Senate banking committee that oversees the central bank.

Two of the Fed system’s 12 regional reserve bank presidents traded securities actively in 2020 as the Fed was launching an unprecedented response to the pandemic’s threats to the economy. Both officials have since announced their departures.

Powell has launched a sweeping ethics review of personal investments by top Fed officials and has asked the Fed’s internal watchdog to review all transactions by senior officials to ensure they were compliant with existing ethics rules and the law.

Yellen was also asked if she thought the Fed had made the right decisions regarding the economy, especially given the unexpectedly high inflation this year that has a number of critics second-guessing its loose policy stance.

“I trust the Fed to make the right decisions,” said Yellen, who served one term as Fed chair immediately before Powell.

“You know we have been hit by an incredibly unusual shot. On the one hand, we’re all almost 6 million jobs short of where we weren’t before the pandemic, which means a lot of people who still need jobs. On the other hand, many firms are finding it difficult to hire,” she said.

“We’ve had extraordinary shifts in the pattern of demand … and I know the Fed is trying to sort through the implications of that – supply bottlenecks have developed that have caused inflation. I believe that they’re transitory, but that doesn’t mean they’ll go away over the next several months.”

05/10/2021 Markets Comments Off on Treasury's Yellen: 'Up to the president' on Fed chief pick
Markets