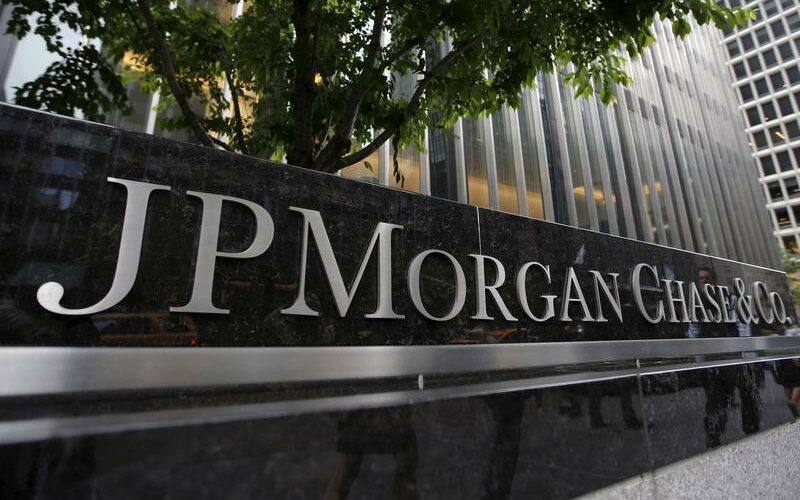 FILE PHOTO: A view of the exterior of the JP Morgan Chase & Co. corporate headquarters in New York City May 20, 2015. REUTERS/Mike Segar

Wells Fargo & Co, Bank of America Corp, Citigroup Inc and JPMorgan Chase & Co posted a combined $33 billion in profits, buoyed by the release of $9 billion in reserves they had put aside last year to absorb feared pandemic losses.

That was beyond analyst estimates here of about $24 billion combined, compared with $6 billion in the year-ago quarter.

Consumer spending has climbed, sometimes beyond pre-pandemic levels, while credit quality has improved and savings and investments have risen, the banks said.

Thanks to extraordinary government stimulus and loan repayment holidays, feared pandemic losses have not materialized. A national vaccination roll-out has allowed also Americans get back to work and to start spending again.

“The pace of the global recovery is exceeding earlier expectations and with it, consumer and corporate confidence is rising,” Citigroup Chief Executive Officer Jane Fraser said.

That was reflected in a pick-up in consumer lending.

For example, JPMorgan said combined spending on its debit and credit cards rose 22% compared with the same quarter in 2019, when spending patterns were more normal.

Spending on Citi-branded credit cards in the United States jumped 40% from a year earlier, but with so many customers paying off balances its card loans fell 4%.

Wells Fargo posted a 14% gain in credit-card revenue compared with the second quarter of 2020, due to higher point-of-sale volume. Revenue was up slightly on the first quarter, the bank said.

While overall loan growth is still tepid, which is usually bad for bank profits, there were signs that demand is creeping back.

Wells Fargo posted a profit of $6 billion compared with a loss of $3.85 billion last year, which was largely related to special items.

While the results indicate good trends for consumers and businesses, low interest rates, weak loan demand and a slowdown in trading will probably weigh on results going forward, analysts said.

The U.S. Federal Reserve is staying the course, with an inflation target of 2% and no plans to tighten monetary policy by, for instance, raising interest rates, Fed Chair Jerome Powell said in prepared remarks for a congressional appearance on Wednesday.

That suggests banks will have to deal with low rates for an extended period of time.