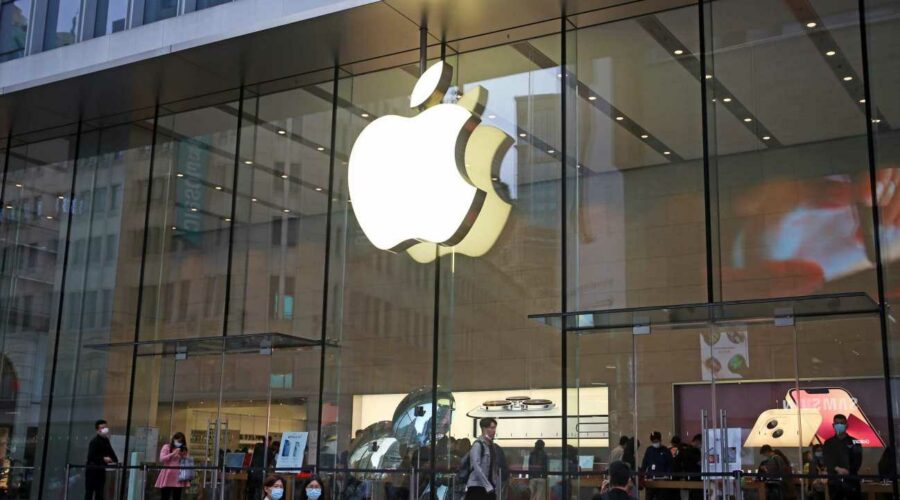 Check out the companies making headlines in premarket trading.

Snowflake — The cloud data company's shares jumped more than 13% after the company reported quarterly results that beat revenue estimates. Snowflake also reported sales of $334 million during the third quarter, which exceeded the $306 million expected by analysts surveyed by Refinitiv.

Boeing — Shares of the aircraft maker rose 4.4% after China's aviation regulator cleared the Boeing 737 Max to return to flying on Thursday. That model was grounded for more than two years worldwide after two fatal crashes.

Signet Jewelers — Shares of Signet Jewelers gained about 3% in the premarket after the company posted a better-than-expected earnings report. Signet notched a profit of $1.43 per share, 71 cents higher than the Refinitiv consensus estimate. Revenue also came in higher than projected. Signet raised its fiscal 2022 guidance.

Apple — Shares of Apple fell 3% after the company told some of its suppliers there could be slowing demand for iPhone 13 models, according to a report by Bloomberg. It previously expected the reduction in its initial production goal to be made up in 2022 but said that may not materialize now.

Five Below — The retailer's shares gained more than 9% after reporting quarterly results that beat on both earnings and revenue. It also reported an increase in comparable-store sales of 14.8%, smashing the estimates of 5.3%, according to Refinitiv.

Okta — Shares of the identity company added 2.5% following the company's quarterly results. Okta brought in a quarterly loss of 7 cents per share, which is narrower than the 24 cents per share loss estimated by analysts. It also beat revenue estimates and issued fourth-quarter guidance above estimates.