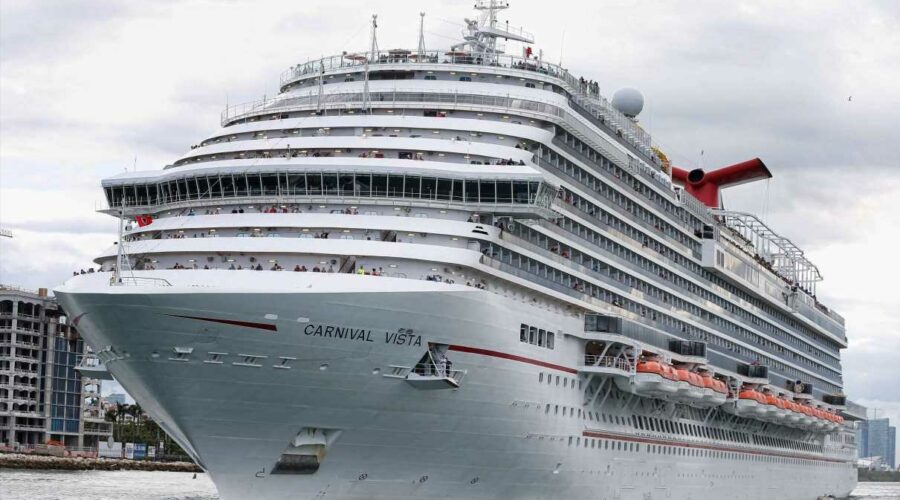 Carnival — Shares rose 3.2% despite Covid concerns as the company announced it expects to post a profit in the second quarter of 2022. Carnival said advanced bookings for the second half of 2022 and 2023 are at high levels and at high prices relative to 2019.

Oracle — Shares slid 4.8% following the announcement the enterprise software maker will acquire medical records technology provider Cerner in an all-cash deal of $95 per share, or about $28.3 billion in equity value. Cerner shares, which jumped nearly 13% on Friday following initial reports of the deal, inched less than 1% higher on Monday. The acquisition is the largest ever for Oracle.

Canopy Growth — Shares of the cannabis producer dropped 8.8% after Piper Sandler downgraded the stock to underweight from neutral, citing sales trends under pressure. Last week, Wells Fargo initiated coverage of the stock with an underweight rating, calling the company overvalued.

Sunrun — Shares of the residential solar company dipped 6.6% amid uncertainty about the Build Back Better bill, and after KeyBanc cut the stock to a sector weight rating. The firm's call centers on the proposed decision from California regulators to slash solar incentives that have been instrumental to the industry's growth. Given Sunrun's exposure to the California market, KeyBanc said the valuation implications are "too wide for comfort."

AT&T — Shares of the telecom giant rose 0.7% amid a broad market sell-off after an upgrade from Barclays. The Wall Street firm hiked its rating on AT&T to overweight from neutral, saying the telecom stock deserved to close the valuation gap on some of its rivals.

Verso — Shares of Verso surged nearly 35% after the Ohio-based maker of specialty, graphic and packaging paper announced it will be acquired by Swedish paper producer BillerudKorsnas in a deal worth $27 per share in cash.