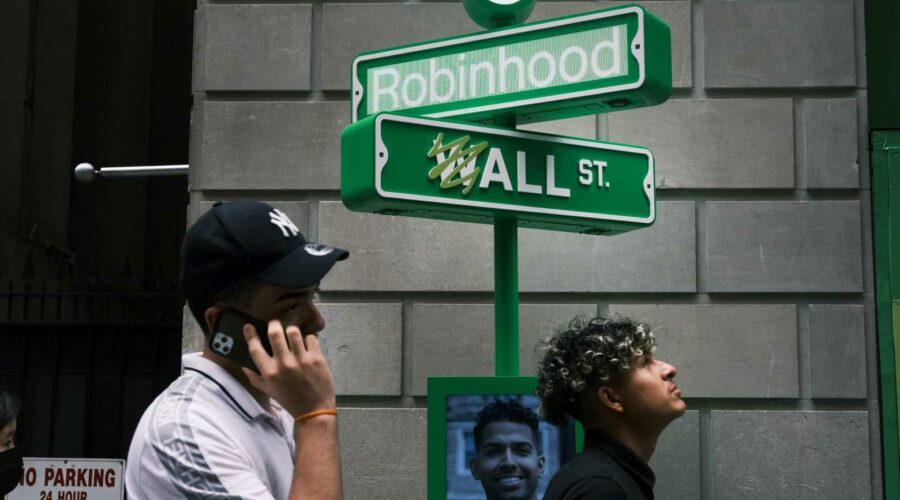 Robinhood — Robinhood shares added 3.9% after the trading app announced it is testing "crypto wallets" with select clients next month. The move is the latest expansion for Robinhood in the cryptocurrency space.

FedEx — Shares of the delivery company plunged over 8% after the firm posted cut its full-year forecast on Tuesday. FedEx said its quarterly results were affected by labor shortages, which slowed packages and drove up costs ahead of the holiday peak season.

Stitch Fix — Shares of the online fashion styling company soared 13.7% following its stellar quarterly earnings. Stitch Fix reported earnings per share of 19 cents, compared to the loss of 13 cents expected, according to Refinitiv. Revenue came in at $571 million, topping estimates of $548 million.

SoFi — Shares of the financial services startup SoFi jumped over 11% after Jefferies initiated coverage of the stock with a price target of $25, which is more than 64% above where it closed Tuesday. Analyst John Hecht said it has multiple avenues for growth, citing its "synergistic business model" and recently acquired tech platform Galileo.

Disney — Disney shares rose 1.5% after Credit Suisse called Tuesday's sell-off of the stock overblown and said it's maintaining its outperform rating on it. The bank has a price target of $218 per share, 27% higher than its Tuesday closing price.

SunPower — Shares of SunPower jumped more than 5% after Evercore ISI initiated coverage of the stock with an outperform rating. The firm said the solar installer has been overlooked by investors in recent years and is now trading at a discount relative to peers.

Incyte — Incyte shares fell 6.8% after the Food and Drug Administration approved the pharmaceutical company's eczema cream, but with boxed warnings.

Simon Property Group — Shares of the mall operator rose 2.6% after Argus Research upgraded Simon Property to buy from hold. The firm said in a note to clients that Simon was rebounding more quickly than expected from the pandemic shutdowns in 2020.