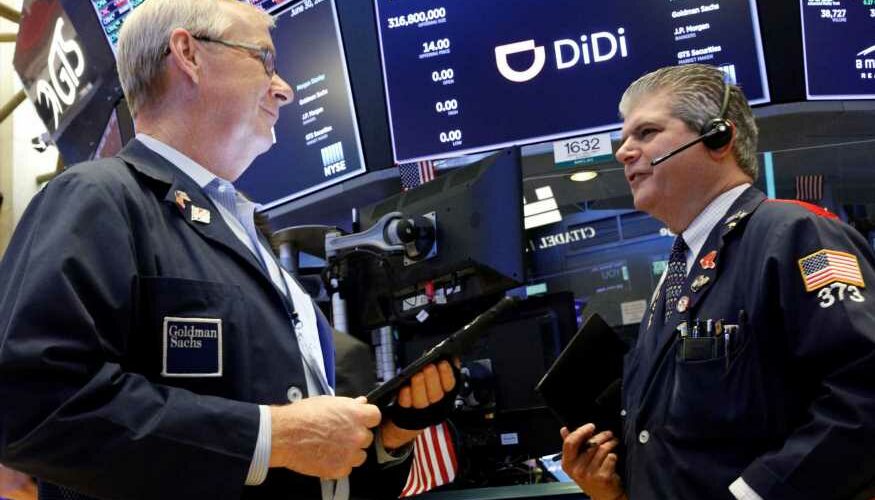 Take a look at some of the biggest movers in the premarket.

Didi — Shares of Didi sunk about 20% in premarket trading after Chinese regulators announced a cybersecurity review of the ride hailing company late Friday. The move came less than a week after Didi's public debut on the New York Stock Exchange.

3M —Shares of 3M fell slightly in early trading after Credit Suisse downgraded the industrial products stock to neutral from outperform, citing challenges with legal issues. "Despite fundamental potential upside from a cyclical upturn in global IP, and potential inventory restocking, we think it will be difficult for 3M to regain its premium multiple at this point in the cycle with two, still difficult to quantify liabilities," analyst John Walsh said.

Pfizer — Shares of the pharmaceutical company fell roughly 1% after Israel's health ministry reported a decrease in effectiveness in Pfizer's Covid-19 vaccine in preventing infection and symptomatic disease. However, Israel said Pfizer's Covid vaccine remained highly effective at preventing serious illness. The announcement comes as the highly infectious delta variant spreads in Israel and around the world.

06/07/2021 Markets Comments Off on Stocks making the biggest moves in the premarket: Didi, American Express, ConocoPhillips, and more
Markets