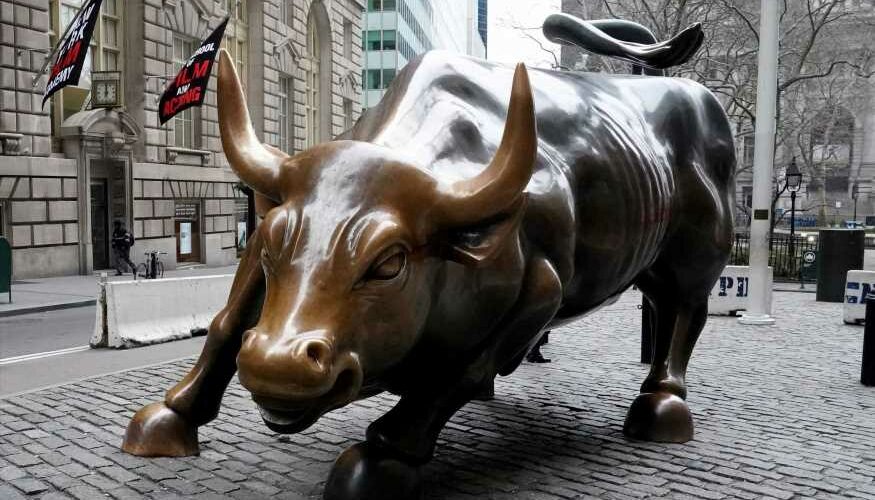 Take a look at some of the biggest movers in the premarket:

Alphabet (GOOGL) – Alphabet's Google unit will cut the commissions it collects on third-party software sales in its Cloud Marketplace. That's according to a person familiar with the matter who spoke to CNBC, who said Google will now collect just 3% of sales compared to the prior 20%.

Tesla (TSLA) – Tesla rolled out a software update that allows customers to request access to its Full Self-Driving beta software. Access will be granted to Tesla drivers who get a sufficiently high safety score.

Acceleron Pharma (XLRN) – Acceleron is in talks to be acquired by an unidentified large pharmaceutical company for about $180 per share, according to people familiar with the matter who spoke to Bloomberg. Bristol-Myers Squibb (BMY) is considered one potential candidate, as it already owns an 11.5% stake in Acceleron.

Box (BOX) – Box was upgraded to "market outperform" from "market perform" at JMP Securities, which cited the cloud computing company's execution among other factors. Box added 2.2% in the premarket.

Altice USA (ATUS) – The broadband and video company was downgraded to "neutral" from "outperform" at Credit Suisse, which notes the likely short-term negative impact from an aggressive fiber buildout strategy. Altice USA slid 1.8% in premarket action.

Toyota Motor (TM) – The automaker's shares rose 1.3% in the premarket after the company said it had completed a 25.8 million share buyback.

Gannett (GCI) – The USA Today publisher said it was seeking to refinance up to $550 million in senior secured debt. Gannett said its plan was subject to market conditions and that there is no assurance it will be able to execute the refinancing.

28/09/2021 Markets Comments Off on Stocks making the biggest moves in the premarket: Alphabet, Tesla, Gores Guggenheim and more
Markets