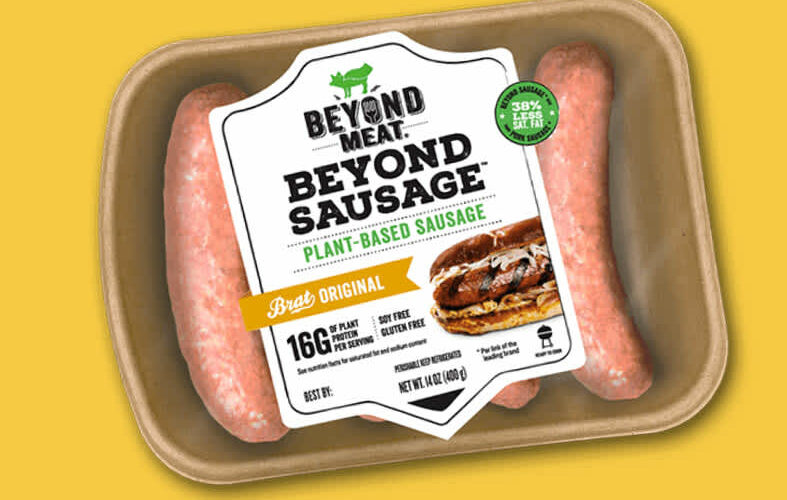 Check out the companies making headlines after the bell:

Beyond Meat — Shares of the plant-based meat company dipped 1.3% in extended trading after JPMorgan reported that Dunkin' recently discontinued the Beyond Sausage breakfast sandwich. "We personally enjoyed the Beyond Sausage sandwich at Dunkin' and thought it was one of BYND's best, but apparently it did not sell as well as expected," JPMorgan's Ken Goldman and Anoori Naughton said in a note.

KB Home — Shares of KB Home fell 3.2% in extended trading after the homebuilder reported mixed second-quarter financial results. The company posted earnings of $1.50 per share, topping analysts' expectations of $1.32 per share, according to Refinitiv. However, KB Home's quarterly revenue of $1.44 billion missed Wall Street's estimates; analysts were looking for revenue of $1.5 billion.

Steelcase — Steelcase shares added 4.5% after hours following better-than-expected first-quarter financial results. The furniture company reported a loss of 24 cents per share, slimmer than analysts' expectation of 30 cents lost per share, according to FactSet. Steelcase also announced it will restore its quarterly cash dividend to the pre-pandemic level of $0.145 per share.

23/06/2021 Markets Comments Off on Stocks making the biggest moves after hours: Beyond Meat, KB Home, Steelcase and more
Markets