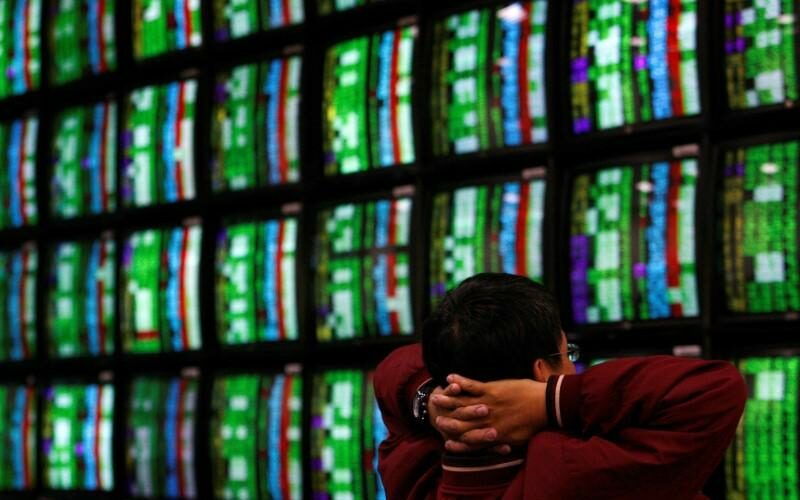 LONDON/SYDNEY (Reuters) – Global shares hovered below record highs on Tuesday, while anticipation of earlier tapering by the Federal Reserve kept investors cautious which drove the U.S. dollar to a four-month high versus the euro.

Markets were looking ahead to U.S. inflation numbers on Wednesday for further indications of when the world’s largest economy may start to withdraw stimulus after taper talk was amped up by strong jobs data.

MSCI’s All Country World Index, which tracks shares across 49 countries, was 0.1% up on the day, below record highs scaled last week.

MSCI’s broadest index of Asia-Pacific shares outside Japan was 0.4% higher after trading much of the day in the red as worries weighed about the spread of the Delta variant of COVID-19.

China on Monday reported more COVID-19 infections in what seems to be its most severe resurgence of the disease since mid-2020, as some cities added rounds of mass testing in a bid to stamp out infections.

Gold prices recovered after touching a four-month low on Monday when data showed that U.S. job openings shot up to a fresh record high in June and hiring also increased.

Two Fed officials said on Monday that while the labour market still has room for improvement, inflation is already at a level that could satisfy one leg of a key test for the beginning of interest rate hikes.

“If markets rapidly decide to price in a move at the September FOMC meeting, look for another rally in the U.S. dollar, a jump in U.S. yields finally, and perhaps a tough day at the office for equities,” said Jeffrey Halley, OANDA’s senior market analyst in Asia Pacific.

After strengthening on Friday and Monday, the dollar index reached a high of 93.02 during Asian trading hours on Tuesday – an 18-day high.

The euro hit a new four-month low against the dollar, with the pair changing hands at $1.1726.

Analysts said that the greenback was getting support from strong U.S. bond yields.

In Europe, Germany’s benchmark 10-year Bund yield was a touch lower on the day at -0.46% but six basis points above six-month lows hit last week.

“Having swum from a very inflation-better opinion this year to a very disinflation view up to a week or so again, what we are we getting now again is another rotation into some of the reflation trades,” said Sean Darby, a Jefferies strategist in Hong Kong.

“The only thing that is different between now and the last 12 to 19 months is that it is likely to be accompanied by a stronger dollar.”

In addition to U.S. inflation figures due on Wednesday, investors are also eyeing progress on a $1 trillion infrastructure package that still has to go through the House.

Oil prices rose more than 1% on Tuesday, recouping some of the losses in the previous session when prices hit a three-week low. [OR]