LONDON(Reuters) – Sterling fell on Monday to 91.60 pence against the euro as investors shifted the focus to how Britain’s government will pay for its planned big infrastructure programme, while Brexit-related risks kept pressure on the pound. 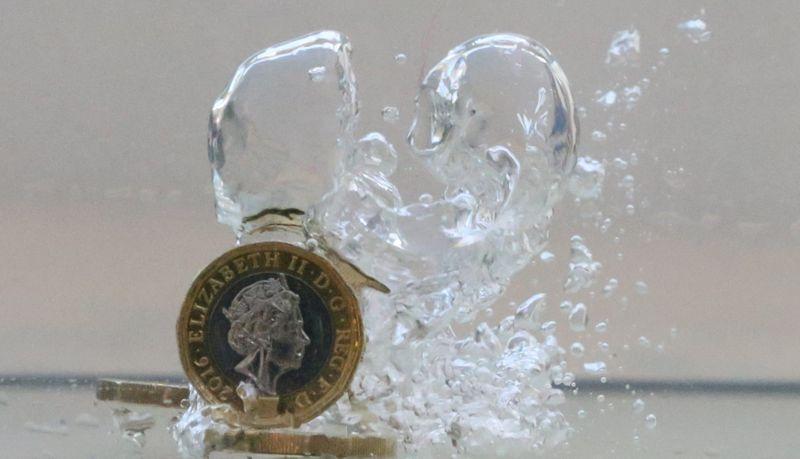 Prime Minister Boris Johnson said he would double down on plans to increase public investment after Home Secretary (interior minister) Priti Patel said the government would roll out a plan on Tuesday to boost spending in infrastructure.

After rising on the infrastructure spending promise in earlier trading against a weakening dollar, with investor fears of a fresh U.S. coronavirus wave also weighing, the pound fell 0.2% to $1.2318 at 1102 GMT.

“The pound earlier today, certainly in Asian hours, looked as it had a little bit of a boost on the back of the perception that we will have potentially strong growth on the back of that (infrastructure spending), but I think that back in European hours, the market is now a little bit more concerned about funding,” said Jane Foley, head of FX strategy at Rabobank.

“And we’re looking at a country, the UK, with a current account deficit,” she added.

Against the euro, sterling was down 0.7% at 91.60 pence, below levels on Friday when it touched its lowest against the single currency since March 26.

Doubts about whether Britain will seal a trade pact with the European Union also pushed the sterling lower as little progress has been made in agreeing Britain’s future relationship with the bloc that it exited on Jan. 31.

“There’s a lot of scepticism as to whether or not the Johnson government will compromise with the EU, or whether or not it will walk away and just leave trade (to) fall back on WTO (World Trade Organisation) terms from January next year,” Foley said.

Johnson, sticking to his hard line on future ties with the EU, signalled on Saturday that Britain would be ready to quit its transitional arrangements with the EU “on Australia terms” if no deal is reached.

Australia has no comprehensive trade deal with the EU. Much of EU-Australia trade follows default WTO rules though specific agreements are in place for certain goods.

In a news-heavy weekend, Britain’s most senior civil servant stepped down on Sunday after reports of clashes with Johnson’s top political adviser, part of what is expected to be a wider shake-up of officials at the heart of power.

Investors have also been cautious over fears of a second wave of coronavirus infections as Johnson announced last week a significant easing of the lockdown in England, saying pubs, restaurants and bars can reopen from July 4.

30/06/2020 Markets Comments Off on Sterling falls 0.7% against euro amid worries on funding for UK spending plan
World News