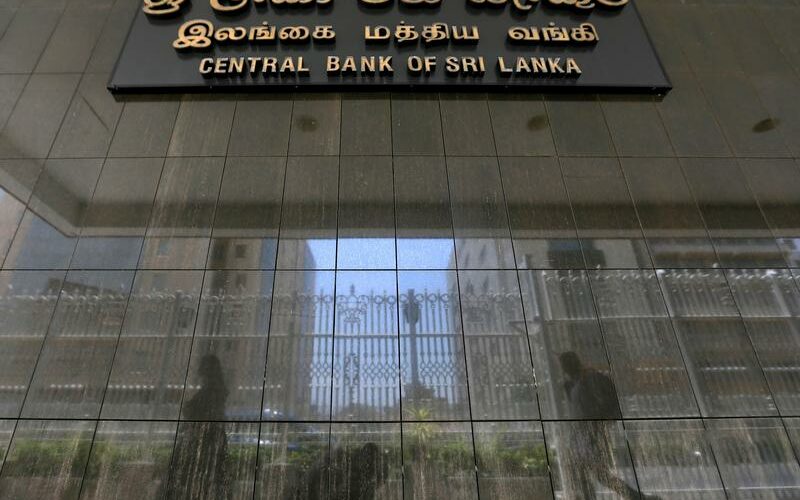 MUMBAI (Reuters) – The Central Bank of Sri Lanka (CBSL) became the first in Asia on Thursday to raise interest rates since the pandemic began, as it acted to stem inflationary pressures and high imports, one of the factors behind the rupee’s 8% depreciation this year.

It also increased the statutory reserve ratio by 200 basis points to 4% with effect from Sept. 1.

“These decisions were made with a view to addressing the imbalances on the external sector of the economy and to preempt the buildup of any excessive inflationary pressures over the medium term, amidst improved growth prospects,” CBSL said.

The Sri Lankan economy is gradually making headway after the negative impact of the pandemic in 2020 and is poised to record a higher growth rate during the second quarter of 2021 partly due to the base effect, CBSL said.

But it also cautioned that there could be some weakness in the second half due to further outbreaks of infections.

Inflation in recent months has accelerated due to higher food prices and some uptick in non-food inflation, and CBSL projects it to hover around the upper bound of the 4-6% target range in the near term.

“The policy rate hike has likely been taken as a measure to mitigate excessive pressures on the currency, even though the CBSL’s official rate hasn’t changed yet,” said Trisha Peries, head economist research at Frontier Research.

“We think that the increase in rates, together with a market based currency, could help ease some of the external pressures faced.”

CBSL said the stimulus measures taken after the pandemic hit the economy resulted in low cost credit which, in turn, led to a sustained increase in imports.

“The increase in import expenditure outweighing the improvements observed in earnings from exports, the trade deficit continued to widen during the first half of 2021 over the corresponding period of last year,” CBSL said.

“Moreover, the expected recovery in the tourism industry could be further delayed due to uncertainties associated with the resurgence of the pandemic globally,” it added.

Tourism contributes more than 12% to Sri Lanka’s GDP and the pandemic has dealt a major blow to foreign currency earnings.

The Sri Lankan rupee is down about 8% so far this year, also weighed down by external debt service obligations. The government has so far met all its external payments but worries remain over potential defaults.

“Measures are being taken by the government and the central bank to secure foreign financing from several sources in order to reinforce the level of official reserves in the near future,” CBSL said.

The government has so far refrained from seeking a bailout from the International Monetary Fund.

“We think it’s likely that there could be around one more rate hike before the end of the year, particularly if it looks like we are moving towards an IMF programme, along with what is expected to be a tighter budget announced for 2022,” Peries said.