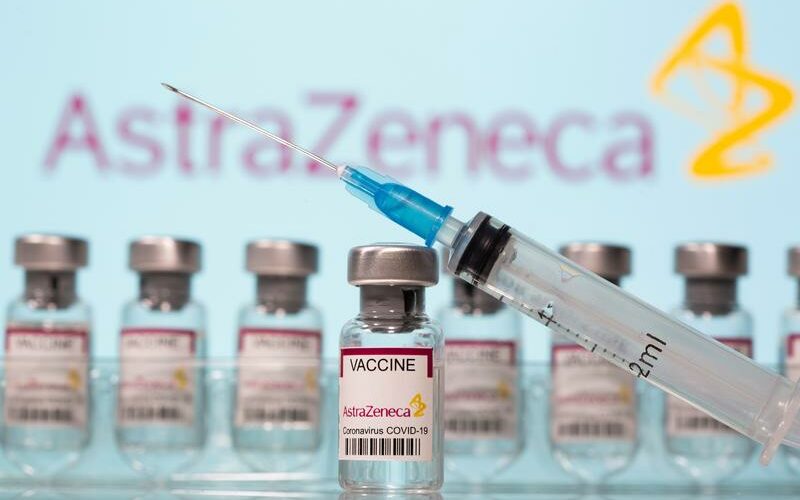 Vials labelled “AstraZeneca COVID-19 Coronavirus Vaccine” and a syringe are seen in front of a displayed AstraZeneca logo in this illustration taken March 10, 2021. REUTERS/Dado Ruvic/Illustration

The country has been rolling out the vaccine since the last week of February, beginning with the elderly and health workers, but had excluded more than 370,000 over-65s in nursing homes citing a lack of clinical trial data on the age group.

Real-world data from Britain has now shown AstraZeneca and Pfizer and BioNTech’s vaccines are both more than 80% effective in preventing hospitalisations in over-80s after one shot.

“Vaccination had been postponed to those aged 65 and over due to lack of evidence to determine the effectiveness of the AstraZeneca vaccine, but recently, data to prove its efficacy for the elderly has been released in the UK,” Chung said.

The Oxford-AstraZeneca vaccine for an additional 7 million people would be rolled out from the last week of May, he added.

Health authorities adjusted the interval between initial and booster doses of the shot to 10 weeks from the current eight in line with World Health Organization recommendations, the Korea Disease Control and Prevention Agency said in a statement.

The KDCA said 500,635 people had received the first dose of AstraZeneca or Pfizer-BioNTech vaccines as of Wednesday. South Korea reported 465 new COVID-19 cases on Wednesday, bringing the total to 94,198 infections, with 1,652 deaths.