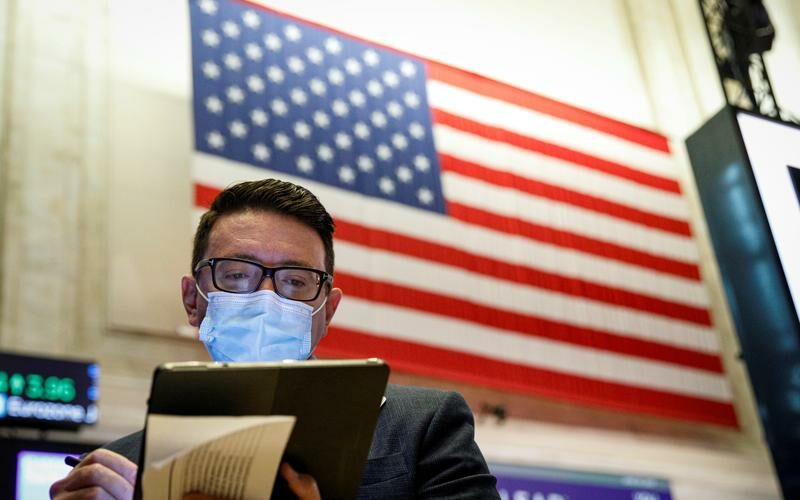 NEW YORK (Reuters) – Diverse reasons are driving the rotation in stocks and a slide in bond yields, but weakness in travel, leisure and other COVID-19 sensitive stocks suggest that fears of the Delta variant are doing their part.

Declines in the shares of companies tied to the reopening trade have broadly outpaced those of other-so called value stocks, which have been battered on worries that economic growth will be slower-than-expected in coming months.

Shares of cruise stocks Carnival Cruise Lines and Norwegian Cruise Line Holdings have slumped about 9% and 8%, respectively, in July, while American Airline Group dropped nearly 4% and United Airlines Holdings was off 4.5%. MGM Resorts International has fallen about 5%, while Expedia Group has dropped 1%.

The Russell 1000 value index, which includes economically sensitive stocks, has fallen by 0.8% in the same time frame, while the S&P 500 had risen 0.7% in July as of afternoon trading on Thursday.

“There is a lot of uncertainty and I think the market is trying to add up how much risk this poses to global supply chains and activity down the road,” said Steve Englander, head of North America macro strategy at Standard Chartered.

The yield on the benchmark 10-year Treasury note, meanwhile, has dropped about 20 basis points to 1.29% this month and has fallen for eight straight sessions, marking the longest streak since a nine-session drop that ended on March 3, 2020 as the COVID-19 pandemic in the United States was gaining speed.

The availability of vaccines – including their apparent ability to keep even those infected from developing serious complications – suggests the extent of the shutdown measures last year to control the virus will not be required. Still, some regions, including those without as much access to vaccines, are grappling with rising cases or putting restrictions in place. Cases are rising in countries such as Spain and England, although the British government plans to re-open the economy later this month.

In Australia, Sydney has put a strict stay-at-home order in force since late last month, while Japan on Thursday declared a state of emergency in Tokyo, putting restrictions in place through Aug. 22. The pullback in coronavirus-sensitive stocks likely stems in part from concerns the variant spread could restrict travel and slow growth, said Walter Todd, chief investment officer at Greenwood Capital in South Carolina. But those stocks may have been due for a decline after such a sharp run, he said. “A lot of these stocks moved quite significantly off the vaccine news,” Todd said. “Part of this is concern about the re-emergence of this variant, but also just the fact… you are giving some back.”