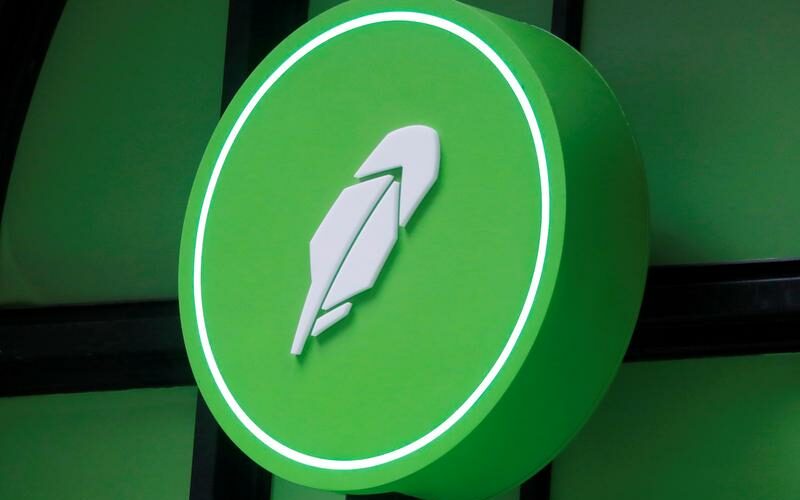 FILE PHOTO: The logo of Robinhood Markets, Inc. is seen at a pop-up event on Wall Street after the company’s IPO in New York City, U.S., July 29, 2021. REUTERS/Andrew Kelly/File Photo

Robinhood’s shares closed up just shy of 1% at $35.15, after falling earlier in the session and losing more than 8% in its Thursday debut. Market watchers cited a comparatively cold reception from retail investors who have fueled rallies in shares of so-called “meme stocks,” as well as Robinhood’s decision to reserve as much as 35% of its shares for its users.

The stock remained below its initial public offering price of $38 a share.

That poor showing has not dissuaded Wood, who gained fame on the strong performance of her funds in 2020. According to ARK’s daily update for its actively managed ETFs on Thursday, it bought 1,297,615 shares of Robinhood in its ARK Innovation ETF. At Thursday’s closing price, that would have been worth around $45.2 million.

The Ark Innovation ETF owned 3,623,092 shares of Robinhood as of Friday, making up 0.55% of the fund’s portfolio and worth $126 million, according to data on the fund’s website.

Ark did not immediately respond to request for comment

Other investors stayed on the sidelines, citing concerns about valuation, the risk of regulation and lingering anger with the company’s imposition of trading curbs during the meme stock trading frenzy in January.

“Calls itself Robinhood, steals from the people. Gotta love it,” said one user on Reddit’s popular WallStreetBets, where retail investors have gathered this year to coordinate buying that has helped drive big rallies in Gamestop, AMC Entertainment Holdings and other names.

In an unusual move, Robinhood had said it would reserve between 20% and 35% of its shares for its users. The company warned in its IPO registration that the participation of retail investors could trigger a rollercoaster ride in its shares that could prove too risky for those seeking long-term sustainable gains.