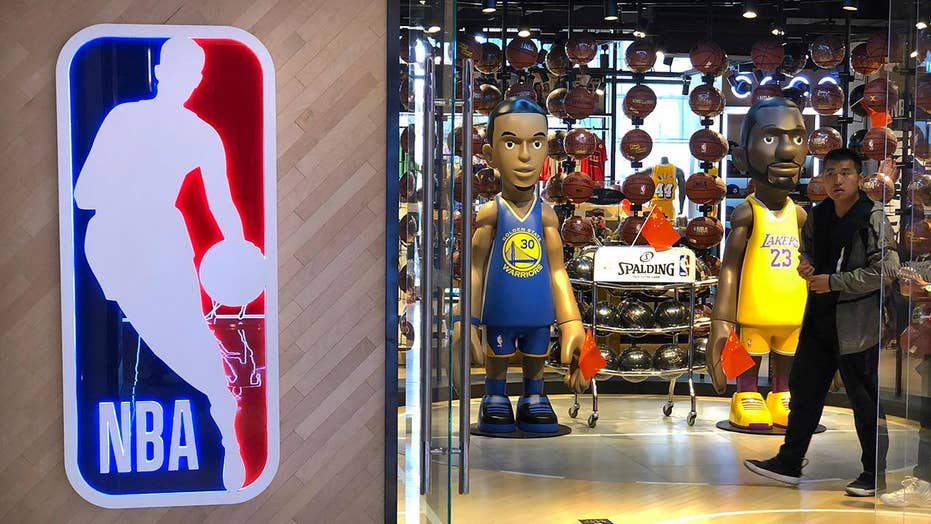 NBA tries to play both sides in China dustup; reaction from FS1’s ‘Speak for Yourself’ host Jason Whitlock.

Golden State Warriors head coach Steve Kerr has come in for some intense criticism online after he declined to comment on the ongoing controversy between the NBA and China.

Kerr — who has criticized President Trump and called for stricter gun control laws — was asked about the controversy on Monday night. The often-outspoken coach said he did not have any comment on the issue, which he described as a "really bizarre international story".

"A lot of us don't know what to make of it, it's something I'm reading about… but I'm not going to comment," he said. "What I’ve found is that it’s easy to speak on issues that I’m passionate about and that I feel like I’m well-versed on and I’ve found that it makes the most sense to stick to topics that fall in that category."

He also said the NBA has not told players or team officials whether they can "comment or not comment" on the issue.

Kerr's comments came after Chinese state television decided not to air two NBA exhibition games in response to the league's reaction to comments made by Houston Rockets general manager Daryl Morey in support of pro-democracy protesters in Hong Kong.

Many took issue with Kerr for not taking a stance on the China matter.

"This is the opposite of courage," actor Nick Searcy tweeted.

"He comments on every Trump tweet and can't support democracy in China?" sports journalist Clay Travis asked on Tuesday. "What a complete and total coward."

Kerr wasn't the only NBA personality whose response was criticized. ESPN anchor Keith Olbermann had scathing criticism for NBA star James Harden after he apologized to China over his team general manager expressing support for Hong Kong protesters.

"The @NBA’s obsequiousness on this, from [Brooklyn Nets owner] @joetsai1999 to the smarmy league Statement on @dmorey to this Harden remark, is embarrassing beyond words. To stand up for the democratic freedoms we have here is to risk alienating those who would suppress them," Olbermann tweeted on Monday.