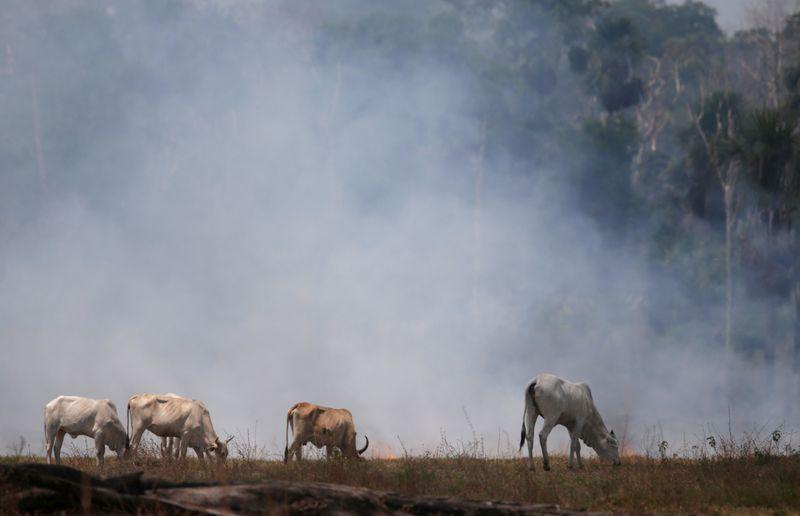 SAO PAULO (Reuters) – Nordea Asset Management has decided to exclude shares of JBS SA (JBSS3.SA) worth about 40 million euros from all of its funds this month based on the company’s environmental record and response to the COVID-19 pandemic, according to a statement sent to Reuters on Tuesday.

Nordea said the decision to drop JBS from its portfolio was taken after a period of engagement with the company, which is the world’s largest meat producer, that in the end did not produce a satisfactory outcome.

“We always say that we prefer to engage with the company rather than just begin excluding everything,” Eric Pedersen, head of responsible investments, told Reuters by telephone.

Nordea, which he said has roughly 215 billion euros of assets under management, also has small holdings in two other Brazilian meatpackers, Marfrig (MRFG3.SA) and Minerva (BEEF3.SA). While these companies would not be Nordea’s preferred types of investment, its funds invest in them because they are part of the benchmark in Brazil, according to the executive.

JBS declined to comment on Nordea’s decision, but said it regrets that it was not contacted by the referred fund recently so that it could present direct evidence of transparency of its relations and of the sustainability of its operations.

According to Nordea, talks with JBS ahead of the move’s announcement covered issues including risk of deforestation in JBS’ supply chain, corporate governance and the handling of corruption charges, and employee health and safety with regard to COVID-19.

“It is the weight of all of the issues together,” Pedersen said, referring to fresh claims JBS was “laundering” cattle allegedly sourced from areas of deforestation and failing to protect the workforce amid the COVID-19 pandemic in production plants.

Another issue is a company of JBS’ size lacking an independent board, Nordea’s Pedersen said.